"Roman Reigns One Of My Toughest Opponents": WWE Star Drew McIntyre To NDTV

In an interview with NDTV, WWE star Drew McIntyre opened up on his upcoming Undisputed WWE Universal Championship title match against Roman Reigns at the Clash at the Castle. 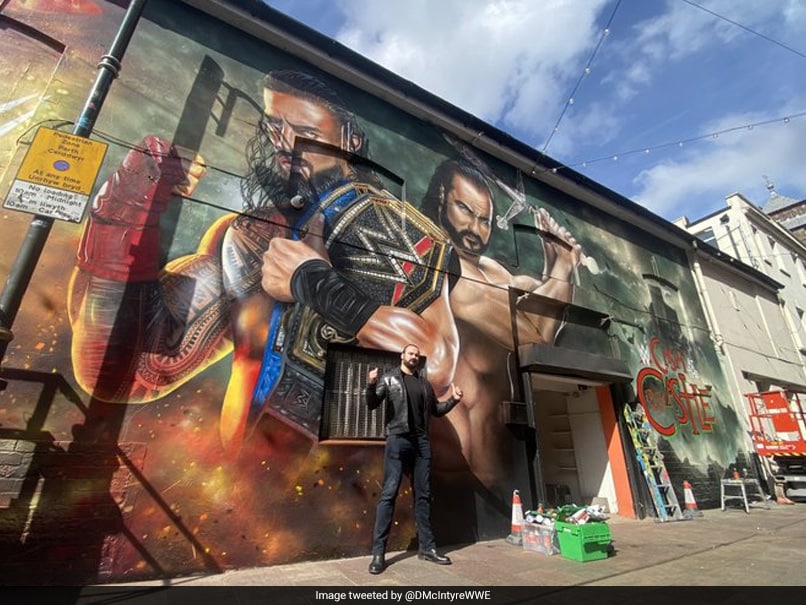 Drew McIntyre is one of the most followed WWE stars of late and he will be going up against Roman Reigns for the Undisputed WWE Universal Championship at the Clash at the Castle, slated to go ahead in Cardiff, Wales on Saturday. The match between McIntyre and Reigns is expected to produce fireworks and it would be interesting to see whether Reigns drops the title after holding on to it for more than 700 days. Ahead of the much-anticipated match, McIntyre spoke to NDTV about the challenge of Reigns and how he loves the fan following he has in India.

"Yeah, Roman is certainly one of my toughest opponents. He has been my kryptonite. I have never been able to get that win over him in the past few years," McIntyre told NDTV.

"He has been through a change in these years. He used to be somebody I used to respect more than anybody else. There was a time when nobody was on his side but he pushed ahead. He always made those big moments and won those big matches. I really admired that attitude he used to have. But then that Tribal Chief came around and his attitude changed. He surrounded himself with yes men and he got a big head," he said about his opponent.

"He gets his family involved, the USOS get involved. Paul Heyman gets involved and I don't admire that Roman as much but I know how capable he is. I know I am up against it this Saturday but I also know I am prepared this time around. I am ready for anybody who tries to get involved. I am just looking to deliver claymores left, right, and centre."

McIntyre had made his WWE debut in 2007 and since then, he has gone through a lot of ups and downs. He also recently released a memoir titled A Chosen Destiny: My Story.

Reflecting on his journey, he said: "I would certainly describe my journey as peaks and valleys. I have seen the highest of highs and lowest of lows. My close friends and family have always been by my side. That is why I chose to write a book, not just about my wrestling career but also about how times are going to get hard and how there is light at the end of the tunnel. I am very lucky to be in the position that I am today but I did not do it alone, thanks to all the great people around."

"I have had few tough opponents, but I have to give it to Sheamus (the toughest opponent he has come across). When we get in the ring together, all bets are off. This past week I just posted a picture, that was the worst beating I received and it was through the hands of the Bloodline this past Friday. I have never been beaten like that, and now I am looking at revenge right now. If I have to pick my one favourite match, then I would choose Royal Rumble 2020 because that is when I thought I broke through and showed everybody that I am not just the future guy, but the present guy. I eliminated Brock Lesnar and 40,000 people went crazy and then I won. I felt like I finally arrived," he stated further.

It is no secret that WWE enjoys a huge fan following in India and Drew said that he cannot wait to visit the country and he hopes that there is a live event in the country soon.

Watch the LIVE coverage of  WWE Clash at the Castle on the Sony Sports Network on 3rd September 2022 from 10:30 pm IST.