Maharashtra extended their lead over Haryana in the medals table to 12 golds and 50 medals. 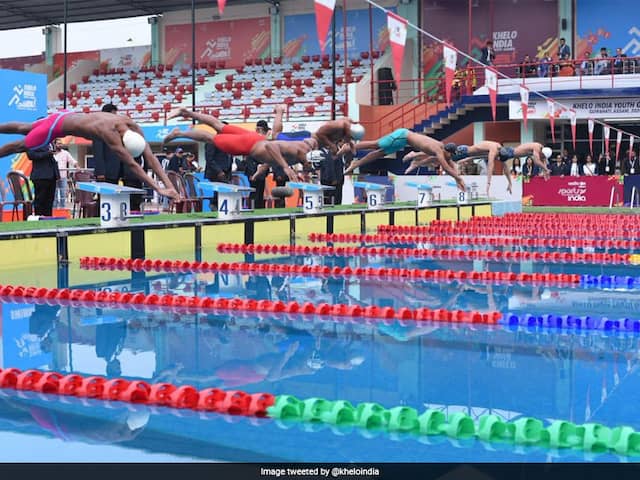 Khelo India Youth Games: Maharashtra have faced competition from Haryana, but have dominated so far.© Twitter

Maharashtra's weightlifters Abhishek Suresh Nipane and Kiran Ravindra Marathe as well as the girls under-17 kho-kho team swept the first three gold medals on Sunday in the Khelo India Youth Games to increase their lead over Haryana in the medals table to 12 golds and 50 medals. Maharashtra's delight at the Bhogeswari Phukanani Indoor Stadium knew no bounds as Abhishek Nipane, a bronze medal winner in the under-21 73 kg class in Pune last year, and Kiran Marathe, silver medallist a year ago, both improved on their performances to increase Maharashtra's collection of weightlifting gold to eight out of the 18 contested so far.

Manipur's Chingkham Nirmala Devi (under-21) and Shandrella Huyam (under-17) claimed the 59 kg class crowns late on Saturday to take their state to the 11th spot on the medals chart ahead of teams like Tamil Nadu and Punjab. Nirmala Devi turned the tables on last year's winner Ditimoni Sonowal, denying the home state the gold while Shandrella Huyam beat back a challenge by Anai Wangsu (Rajasthan) and Sanapathi Pallavi (Andhra Pradesh).

Meanwhile, Assam claimed two of the four Lawn Bowls gold medals late on Saturday evening to climb to the seventh spot in the medals tally. Sanzio Pandey and Abhilakh Handique, who formed the home state's combination in the boys under-21 pair event, and Suman Kumari Pandey and Suranjana Baruah, part of the girls under-21 four squad, finished with two gold each.

Delhi's Rajasvi Panver stunned Assam's Adinita Kakati 21-19 in the girls under-21 singles final with a telling show of precision play. Their contest was so enthralling that spectators stayed back till pretty late in the evening to watch them showcase their skills. The Jharkhand boys under-21 triple squad claimed the other gold with a hard-fought win against Delhi.