Ganpatrao Andalkar, a winner of the coveted Hind Kesari title in 1960, went on to clinch the heavyweight gold in Greco Roman category and silver in the freestyle category in 1962 Asian Games. 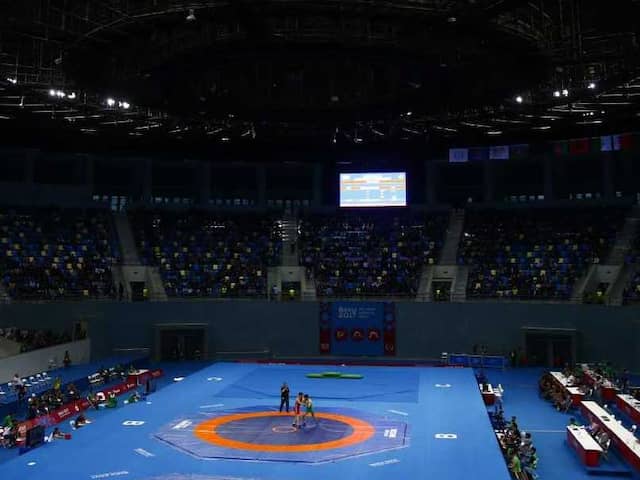 Ganpatrao Andalkar, a double medallist at 1962 Asiad, died at the age of 83. (Representational image)© AFP

The demise of veteran grappler and Tokyo Olympian Ganpatrao Andalkar has left a void in the wrestling, according to former international wrestler Kaka Pawar. A double medallist at the 1962 Asian Games at Jakarta in two different styles, Andalkar (83) breathed his last at a private hospital in Pune Sunday night. "He (Andalkar) won medals in the two styles -- Greco Roman and freestyle - in the 1962 Asian Games. Andalkar showed that the Indian wrestlers could also bring medals in the Greco Roman category," Pawar told PTI Monday.

A winner of the coveted Hind Kesari title in 1960, Andalkar went on to clinch the heavyweight gold in Greco Roman category and silver in the freestyle category -- in the Indonesian capital which is considered a rare feat.

Pawar, who was the coach of the 2018 Gold Coast Commonwealth Gold Medallist wrestler Rahul Aware, believes Andalkar's death has left a void in the wrestling field.

"He (Andalkar) was like a 'God' for us. His death has left a big void in the wrestling field. This is a big loss for wrestling.

"He (Andalkar) created a lot of wrestlers -- like Yuvraj Patil and others -- who went on to bring laurels and medals," said Pawar.

Andalkar, who hailed from Sangli district, also represented India at the 1964 Tokyo Olympics - in both the Greco Roman and freestyle categories - without much success.

He was also a recipient of the Arjuna Award and the Shiv Chatrapati Award of the Maharashtra government.

"Due to Andalarkar's demise, we have lost a 'Bhismacharya' (a grand figure) in state's wrestling field,"said Fadnavis in a tweet posted by CMO, Maharashtra.

Andalkar's body was kept at the 'Moti baug Talim' in Kolhapur to allow people to pay their last respects, it was learnt.