Frenzel became the third athlete to successfully defend his Olympic Winter Games title in this event. 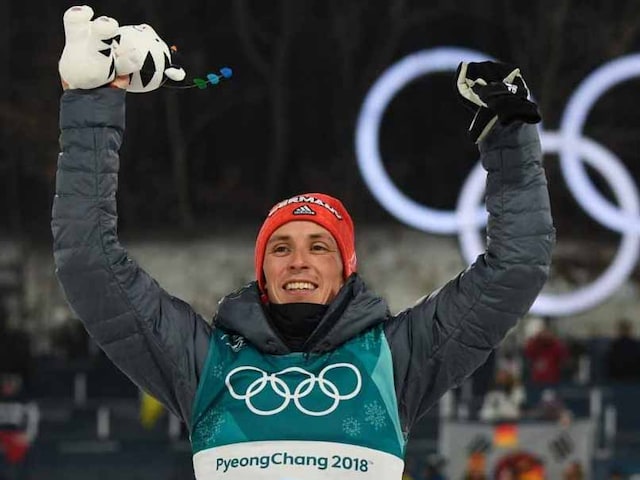 Eric Frenzel snatched Germany's sixth gold at the PyeongChang Winter Olympics by winning the men's Nordic combined individual Gundersen at the Alpensia cross-country centre here on Wednesday. Taking the fifth place after a jump of 106.5 metres, Frenzel finished the 10 km cross-country skiing in a time of 24 minutes and 51.4 seconds to take his second straight Olympic gold, reports Xinhua news agency. Japanese Akito Watabe, the Sochi silver medallist, finished 4.8 seconds behind to be second again, followed by Lukas Klapfer of Austria in 25:09.5. The Nordic combined is comprised of two portions of ski jumping and cross-country skiing.

The overall World Cup winner said: "I think after the jump I was in a really great position. I knew it was a good jump. I was a little bit lucky with the wind. That was one of the big reasons why today you needed quite a little bit of luck so at the end I'm really happy."

Frenzel became the third athlete to successfully defend his Olympic Winter Games title in this event.

"I feel really great. It was quite a hard race because the wind on the track was not so easy and on the last round my goal was to push really hard the last round, the last metres and the last uphill," added Frenzel.