Dakar Rally: CS Santosh Cleared To Be Flown Back To India After Horror Crash

CS Santosh remains "under observation" days after suffering a horror crash at the Dakar Rally. 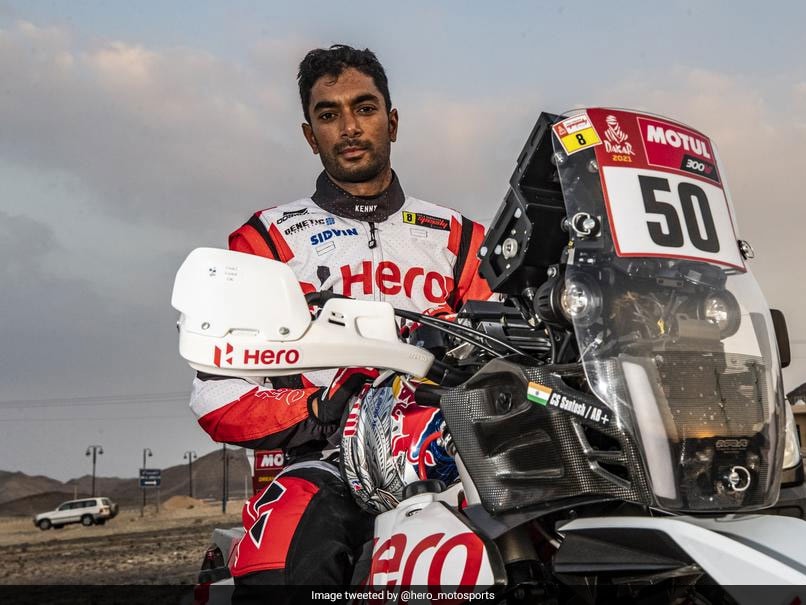 CS Santosh was put in a medically induced coma after the crash but is stable now.© Twitter

Renowned off-road motorcycle racer CS Santosh continues to be "under observation" but has been cleared to fly back to India, his team Hero MotoSports said on Tuesday, days after he suffered a crash at the ongoing Dakar Rally in Saudi Arabia. The 37-year-old Santosh, who was representing the two-wheeler manufacturing giant in one of the world's biggest rallies, suffered the crash last Wednesday and was airlifted to a hospital in Jeddah. "Santosh is stable and continues to be under observation. Based on scans and assessments, he has been cleared to be flown back to India, where he will be attended by the local doctors," Hero MotoSports Team Rally said in a statement.

"He will be transferred in a sleeping state to avoid any unnecessary stress during the transfer.

"This is a very positive development as he will now be with his family and in familiar conditions, which always helps in a faster recovery. He is scheduled to fly in the next few days and we will keep everyone updated with developments."

The accident occurred on the same stage where Hero MotoSport rider Paulo Goncalves died while competing in the Dakar 2020. Hero MotoSport withdrew from the rally after the death of Goncalves.

Santosh crashed around 135 km into the stage on a gravel track and had to forfeit the stage.

This was Santosh's seventh attempt at the Dakar Rally, considered the world's most gruelling off-road motorsport event.

He was the first Indian to complete the race in 2015, and replicated the effort in two further editions.

Meanwhile, in a stage that was touted to be the toughest of the 2021 Dakar, and was made even tougher by the weight of the recent past, the Indian team paid an emotional tribute to their late teammate Goncalves by delivering a spirited performance in stage 9 on Tuesday.

It was an emotionally charged day for the team as it marked the first death anniversary of Goncalves.

After nine stages of the Dakar Rally that demanded a completely different level of mental and emotional toughness, Rodrigues entered the Top 15 in the overall rankings to find himself on 12th place and Buhler also moved up a few places to stand at the 16th place.