UFC's decision comes as authorities around the world impose restrictions of gatherings of large numbers of people. 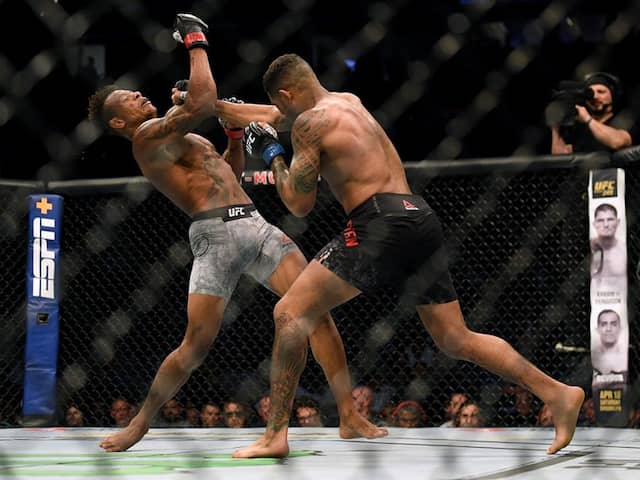 The Ultimate Fighting Championship (UFC) said it is postponing its next three events.© AFP

The Ultimate Fighting Championship said Monday it is postponing its next three events with officials unable to find venues to stage bouts amid global restrictions being put in place to combat the coronavirus pandemic. UFC president Dana White, who had previously defended the circuit's decision to press ahead with a card in Brazil on Saturday, confirmed the news in a message to employees later posted on Twitter. The decision affects fight cards in London on March 21, Columbus on March 28 and Portland on April 11.

The move comes as authorities around the world impose restrictions of gatherings of large numbers of people.

"We did everything we could to relocate our next three events, London, Columbus, and Portland," White told employees in his email.

"But every day, there are new restrictions put in place on travel and large public gatherings that are making it impossible to stay on schedule."

The UFC has also been prevented from holding events in its Las Vegas home because of a ban on combat sports by Nevada state officials which runs until at least March 25.

"I've been in the fight game for 20 years, and this is what we do - we find a way to keep our events going no matter what," White said. "But this is different. The whole world is being affected right now, and nothing is more important than the health and safety of you and your families."

The UFC is also closing all offices with immediate effect and asking employees to work from home.