Deepika Kumari, the former World No 1, is a four-time Archery World Cup Finals silver medallist from six editions of the event. 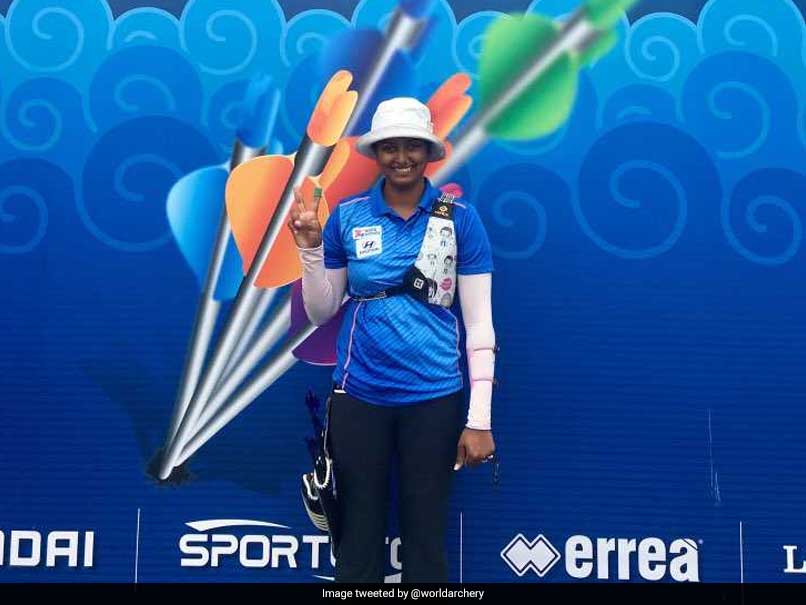 India's Deepika Kumari on Sunday took home the bronze medal after beating Lisa Unruh of Germany in a one-arrow shoot off in the women's recurve event at the 2018 Archery World Cup. In the bronze medal match, Deepika and Lisa were tied at 5-5 after five sets. But the Indian held her nerves to take one point in the shoot off and win the medal. Deepika, the former World No 1, is a four-time Archery World Cup Finals silver medallist from six editions of the event (2010, 2011, 2012, 2013, 2015, 2017).

In 2018, Deepika had defeated Germany's Michelle Kroppen to win her first gold medal in women's individual recurve event at the World Cup after a gap of six years. Before that, she had won gold in Antalya 2012 World Cup.

"I'm happy but I know I could have done more," Deepika was quoted as saying by the official Twitter account of World Archery.

And it's Deepika Kumari who takes the bronze over Lisa Unruh in a one-arrow #shootoff at the 2018 #WCFinal.

"I'm happy but I know I could have done more"#archery pic.twitter.com/kLOd66G0Fc

This was India's second bronze medal in the competition.

In the compound mixed team final, India clinched the silver medal after losing to Turkey.

The bronze will come as welcome relief for Deepika after her poor performance in Asian Games 2018 held in Indonesia.

Deepika exacted her revenge over Chien-Ying Lei as she had lost to her at the Asiad in women's individual recurve pre-quarterfinals.

Comments
Topics mentioned in this article
Other Sports Deepika Kumari Archery
Get the latest updates on ICC T20 Worldcup 2022, check out the Schedule and Live Score. Like us on Facebook or follow us on Twitter for more sports updates. You can also download the NDTV Cricket app for Android or iOS.