India recorded its best-ever medal haul at a single edition of the Olympic Games after finishing with a total of seven medals in Tokyo. 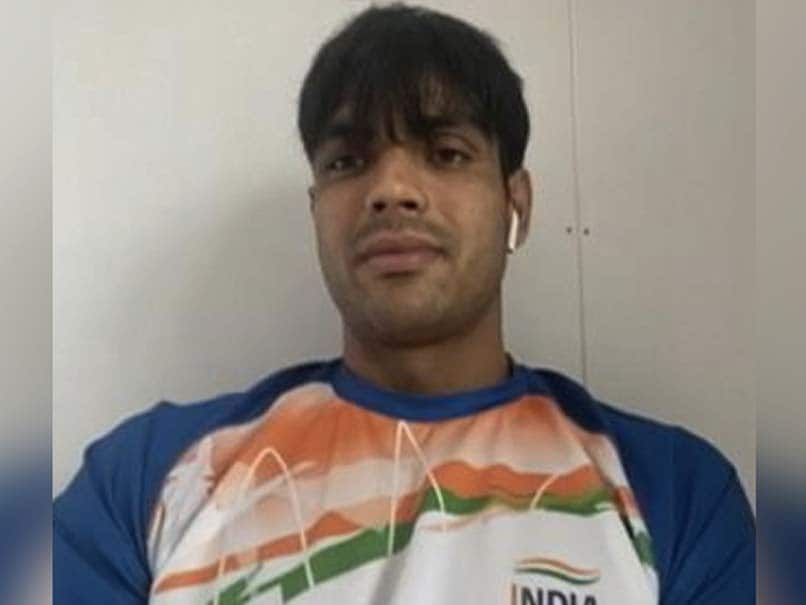 Neeraj Chopra became the first ever Indian to win an Olympic gold in athletics.© NDTV

India recorded its best-ever medal haul at a single edition of the Olympic Games after finishing with a total of seven medals in Tokyo. Before Neeraj Chopra brought India's campaign to a spectacular end with his historic gold medal in men's javelin thrown, the country landed medals in weightlifting (Mirabai Chanu), boxing (Lovlina Borgohain), badminton (PV Sindhu), hockey (men's team) and wrestling (Ravi Dahiya and Bajrang Punia). The seven medals in Tokyo bettered India's previous best haul of six medals at the London Olympics in 2012.

Here is a look at what each of India's seven medallists said after their medal wins:

With a best throw of 87.58m in Saturday's final, Neeraj Chopra secured the men's javelin gold and became the first-ever Indian to win an Olympic gold in athletics. He also became only the second Indian to win an individual gold medal at the Olympics after Abhinav Bindra's shooting gold in 2008.

Understandably, the 23-year-old was jubilant on being able to secure the big prize. "I slept with the medal kept near my pillow. I was very happy but was also quite tired, so got good sleep," he told NDTV.

"It was a different feeling; our national anthem was playing at the Olympic stadium. I can't express those feelings in words. I couldn't sleep that well after reaching Tokyo. We had come from Sweden and there was a big time difference. First couple of days, I found it very difficult to sleep. But no problem, now I have the medal," he added.

Mirabai Chanu gave India a magnificent start on the second day of the Olympics when she lifted a total of 202kg - 87kg in snatch and 115kg in clean and jerk - to secure the silver medal in the women's 49kg weightlifting competition.

Chanu later told NDTV that her failure to land a medal at the Rio Olympics in 2016 had motivated her to return with a medal from Tokyo.

"I got the confidence (to win a medal) from Rio Olympics. After the disappointment at Rio, I had decided that I need to win a medal at the next competition - whichever it is - I take part in. I needed to give my best performance," the 27-year-old said.

"My coach (Vijay Sharma) motivated me a lot and asked me to forget what happened at Rio and prepare for the future. It's because of him that I have reached here."

Ravi Dahiya made a stunning comeback from 2-9 down to beat Kazakhstan's Nurislam Sanayev by fall in his semifinal clash before going down narrowly 4-7 to two-time world champion Zavur Uguev of ROC. Despite it being the joint-best performance by an Indian wrestler at the Olympics, alongside Sushil Kumar's silver medal in 2012, Dahiya said he was not content with silver.

"I could not achieve what I wanted to," he told news agency PTI. "...I can't sit on a silver. I have to stay focused and work on my technique and get ready for next Olympic Games," he added.

Dahiya, 23, also hoped his medal would help transform the fortunes of his village Nahri in Haryana's Sonipat district.

"Yes, my village has given three Olympians to India, so it deserves basic facilities. I can't priortise what it needs first. It needs everything. Everything is important, good schools as well as sports facilities," he said.

Lovlina Borgohain started her Tokyo Olympics campaign with a narrow victory over Germany's Nadine Apetz before getting the better of Chen Nien-chin of Chinese Taipei in the quarterfinals to secure a bronze medal. In the semis, she lost to eventual champion Busenaz Surmeneli of Turkey.

Borgohain said that while she was happy with her bronze medal, she would like to land the gold medal at the next two editions of the Olympics.

"Winning a medal at the Olympics is a big achievement and I am happy that I could secure a medal. But I couldn't get exactly what I wanted and I am a bit sad about that," she told NDTV.

With her bronze medal in women's singles at the Tokyo Olympics, PV Sindhu became the first Indian woman to win more than one Olympic medal. Having secured silver at the Rio Games in 2016, Sindhu clinched her second medal at the Olympics after beating China's He Bing Jiao in the women's badminton bronze medal match.

Speaking to reporters after her medal win, Sindhu said she would now turn her focus to defending her World Championships title in Spain later this year.

"It is definitely yet to sunk in but I am enjoying the moment. It is a dream come true for anyone. These are the moments that you will remember forever," Sindhu said.

"There are many international events lined up. Soon I will go back to practice and I just want to play well and give my best. There is also the World Championship in Spain and I hope to do well," the 26-year-old shuttler added.

The Indian men's hockey team ended a 41-year Olympic medal drought in the sport when it clinched the bronze medal after beating Germany 5-4 in a thrilling bronze medal match in Tokyo.

Speaking after the historic bronze, India captain Manpreet Singh dedicated the medal to India's healthcare workers dealing with the Covid-19 pandemic. "We would like to dedicate this medal to doctors and frontline health workers who have saved so many lives in India," he said.

The 27-year-old wrestler managed to win the bronze medal in men's 65kg freestyle wrestling despite still carrying a knock on his knee that he had picked up in Russia last month while preparing for the Tokyo Olympics. In his bronze medal match, he notched a comprehensive 8-0 win over Kazakhstan's Daulet Niyazbekov.

Bajrang later told NDTV that his injury had impeded him during his bouts on the first day of his competition.

"During my bouts on Friday, the injury was playing on the back of my mind. I was unable to make the movements; tried to attack but was also worried about my knee," he said.

He added that India would try to push for 20-25 medals at the Paris Olympics in 2024. "Many players were featuring in the Olympics for the first time. We won seven medals; we had planned for more but managed to better previous Olympics' results. We will try to do even better in Paris and push for 20-25 medals in the next Olympics."

PV Sindhu Hockey India Manpreet Singh Olympics
Get the latest updates on IND vs NZ 2021, check out the Schedule and Live Score . Like us on Facebook or follow us on Twitter for more sports updates. You can also download the NDTV Cricket app for Android or iOS.