Neeraj Chopra's historic gold medal in men's javelin throw at the Tokyo Olympics had been years in the making. 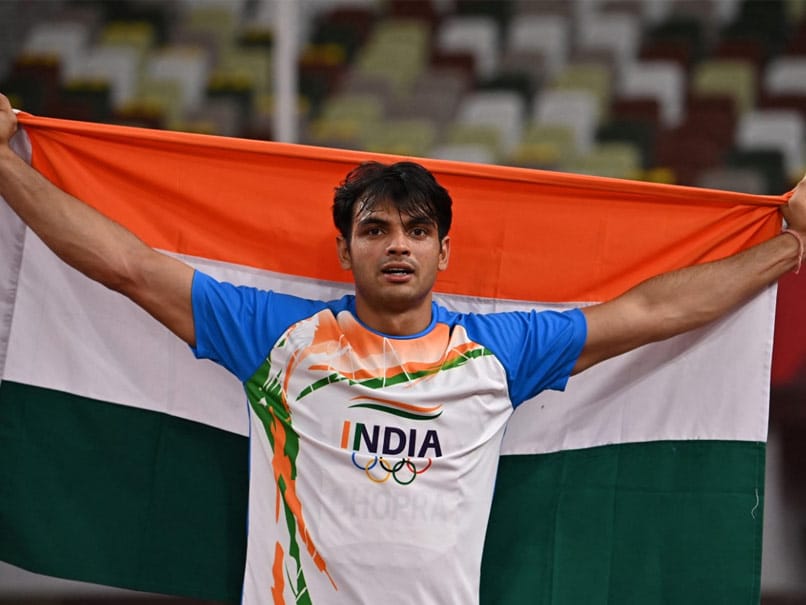 Neeraj Chopra secured the men's javelin gold at the Tokyo Olympics with a throw of 87.58m.© AFP

By winning the gold medal in men's javelin throw at the Tokyo Olympics, Neeraj Chopra joined Abhinav Bindra in a now two-person exclusive club of Indians to win an individual gold medal at the Olympic Games. He also became the first athlete from India to win an athletics gold. The Tokyo gold that saw the Indian anthem being played in an Olympic medal ceremony for the first time in 13 years will undoubtedly catapult Neeraj Chopra's status to one of the country's greatest sporting heroes. Chopra's historic triumph in the Japanese capital on Saturday with a throw of 87.58m had been years in the making.

A medal in Tokyo had never seemed in doubt as the Indian continued to consistently improve his throws over the last few years. It always seemed to be a question of which colour his medal would be.

With his biggest rival in Germany's Johannes Vetter struggling for form in Tokyo and even failing to qualify for the final three throws in Saturday's final, the 23-year-old Neeraj Chopra's gold medal was more or less assured after just the opening three throws.

However, Chopra's journey to being an Olympic champion wasn't always a smooth one. In 2018, when he qualified for the 2019 World Athletics Championships in Doha, he was harbouring aspirations of being a world champion.

But an injury to his right elbow that led to a surgery and a prolonged break from the sport meant Chopra had to give the event a miss. Out of action for the entirety of 2019, his Olympic hopes had seemed in danger when he returned to competition in early 2019.

Dispelling all those concerns over his elbow, Chopra immediately made the Olympic cut with a throw of 87.86m in Potchefstroom, South Africa. By then, he had cemented his status as one of the favourites for the Olympic title and despite the pandemic-enforced postponement of the Games, the Indian youngster didn't disappoint in Tokyo.

Earlier in 2016, Chopra had risen to fame with a gold medal at the World U-20 Athletics Championships. He proved his mettle at the senior level the next year with a gold at the Asian Championships in Bhubaneswar.

In 2018, before injury sidelined him late in the year, Chopra won the gold at both the Commonwealth Games and the Asian Games. Just 23 years of age, Chopra will hope to continue landing more gold medals well beyond the Tokyo Olympics.

Comments
Topics mentioned in this article
Olympics 2020 India Athletics Neeraj Chopra Olympics
Get the latest updates on IPL Auction 2023 and check out  IPL 2023 and Live Cricket Score. Like us on Facebook or follow us on Twitter for more sports updates. You can also download the NDTV Cricket app for Android or iOS.