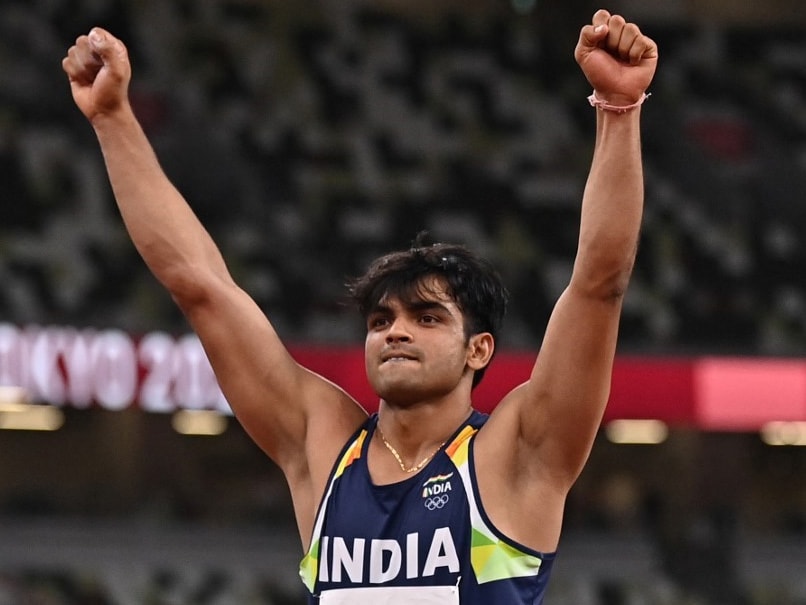 India's Neeraj Chopra scripted history by clinching the country's first gold at the Olympics in athletics, winning the men's javelin throw final with a best throw of 87.58m. Neeraj, on his Olympic debut, completely decimated the field with a stunning performance in the final. With Neeraj's historic showing in Tokyo, India registered their most successful campaign at the Olympics. As soon as he clinched the gold for India, Twitter went into a frenzy. Indian cricket legend Sachin Tendulkar led the wishes on Twitter. Neeraj Chopra became only the second Indian to win an individual Olympic gold for India after Abhinav Bindra, who won it at the 2008 Beijing Games.

Tendulkar wrote "India shines better today because of you, Neeraj."

India shines brighter today because of you, Neeraj.

Your javelin carried the tricolour all the way and made it flutter with the pride of every Indian.

What a moment for Indian sport!#Olympics #Tokyo2020 #Athletics #Gold pic.twitter.com/FZ52Ti6EZc

#NeerajChopra you are a legend at 23! Don't have words. So proud and overwhelmed.

Yuvraj Singh was full of praise for Neeraj and said the country salutes you.

Yes boy !! You did it . The country salutes you so proud of you ! @Neeraj_chopra1

Neeraj had started the men's javelin throw final with a throw of 87.03 to take the lead. Neeraj bettered his own attempt by registering a distance of 87.58m in his second attempt.

Comments
Topics mentioned in this article
Olympics 2020 Olympics India Athletics Neeraj Chopra
Get the latest updates on India vs South Africa and check out  Schedule, Results and Live Score. Like us on Facebook or follow us on Twitter for more sports updates. You can also download the NDTV Cricket app for Android or iOS.