List Of All Indian Medal Winners At Tokyo Olympics

India registered its best-ever tally of seven medals at the Olympics as it secured one gold, two silver and four bronze medals in Tokyo. 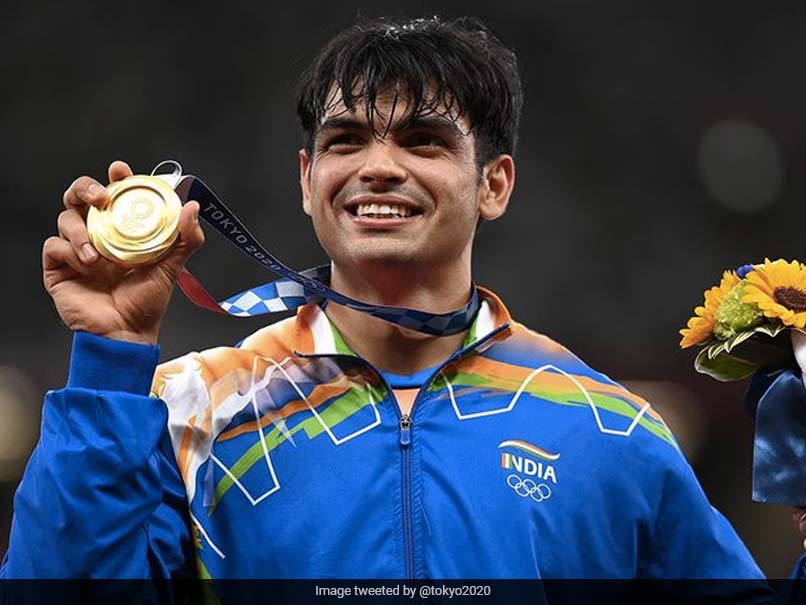 From Mirabai Chanu's weightlifting silver on the second day of the Tokyo Olympics to Neeraj Chopra's historic gold in javelin throw on Saturday, India registered its best-ever medal haul in the history of the Games. With one gold, two silver and four bronze medals, India's total of seven medals in Tokyo bettered the previous best haul of six at the London Games in 2012. India's tricolour was raised during the medal ceremonies in weightlifting, hockey, badminton, wrestling, boxing and athletics at this edition of the Olympics.

Here's a look at all the Indian medallists in Tokyo:

Indian weightlifter Mirabai Chanu won a silver medal as she lifted a total of 202kg (87kg+115kg) in the women's 49 kg category. Chanu finished behind Hou Zhihui of China, who took the gold medal while Indonesia's Windy Aisah won bronze. This was India's second overall medal in weightlifting at the Olympics. Weightlifter Karnam Malleswari had previously won bronze at the 2000 Sydney Olympics.

India's badminton star PV Sindhu carried on from where she left at the last Olympics and brought back another medal for the country in the women's singles event. After winning silver in Rio 2016, Sindhu picked up a bronze this time when she overcame China's He Bing Jiao 21-13, 21-15 in the bronze medal match.

Indian boxer Lovlina Borgohain picked up the country's third ever Olympic medal in boxing when she secured a bronze in the women's welterweight (64-69kg) category, following on the footsteps of Vijender Singh and MC Mary Kom's bronze medals in 2008 and 2012, respectively. She displayed immense grit in her semi-final bout against eventual champion Busenaz Surmeneli of Turkey but lost via unanimous decision. Hong Gu of China secured silver after losing the final to the Turk.

The Indian men's hockey team ended a 41-year medal drought at the Olympics after defeating Germany 5-4 in a thrilling comeback victory in the bronze medal match. India, eight-time winners of the men's hockey gold at the Olympics, had last clinched an Olympic medal in the sport at the 1980 Moscow Games, where they won the gold.

Indian wrestler Ravi Dahiya took the second spot in the men's freestyle 57kg category after losing a close final bout to ROC's Zavur Uguev 4-7. Dahiya showcased great determination as he pushed two-time world champion Uguev to his limits and came agonisingly close to earning a gold medal for the country. However, Uguev used his experience to get over the line, leaving Dahiya to be content with the silver medal.

Bajrang Punia won India's second wrestling medal as he defeated Kazakhstan's Daulet Niyazbekov 8-0 in men's 65kg freestyle to win bronze. After losing to Azerbaijan's Haji Aliyev in the semi-finals, Bajrang dominated his Kazakh opponent to ease to victory in the bronze medal bout.

India's first ever Olympic gold in athletics came in Tokyo when Neeraj Chopra put on a stellar display to register a best throw of 87.58m in the final to seal victory. Czech Republic's Jakub Vadlejch and Vitezslav Vesely won silver and bronze, respectively. This was also India's first gold medal since Abhinav Bindra in Beijing 2008 and only the second ever individual gold medal.

PV Sindhu Badminton
Get the latest updates on ICC T20 Worldcup 2022 and CWG 2022 check out the Schedule, Live Score and Medals Tally. Like us on Facebook or follow us on Twitter for more sports updates. You can also download the NDTV Cricket app for Android or iOS.