"Sometimes, It Feels Like A Dream," Says Princepal Singh On His NBA Journey

Princepal Singh, only the second Indian to debut in the NBA Summer League, said that his journey has been nothing short of a dream and he is working on his fitness and skills to achieve his next goal of playing in the NBA. 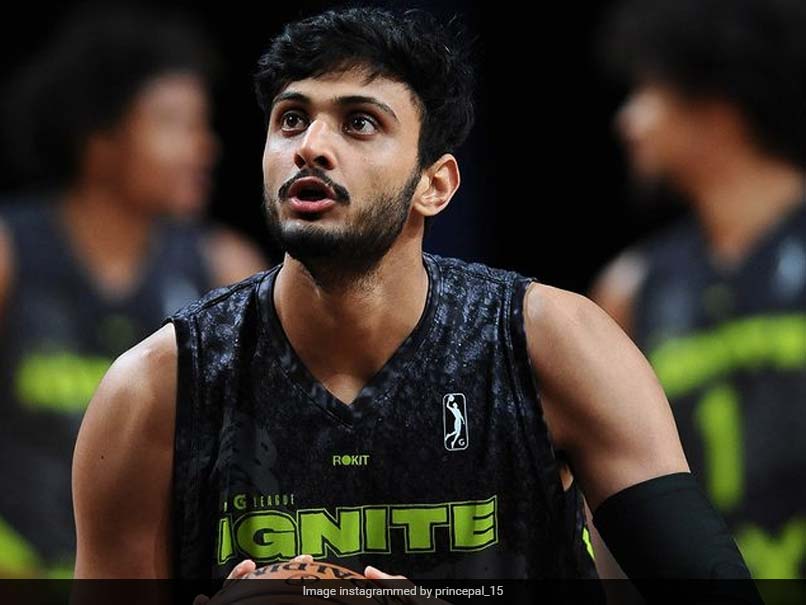 Only the second Indian to debut in the NBA Summer League, young basketball player Princepal Singh says his journey has been nothing short of a "dream" and he is working on his fitness and skills to achieve his next goal of playing in the NBA. Singh, who hails from Gurdaspur, Punjab, followed his Ludhiana basketball Academy teammate Satnam Singh in making his debut at the Summer league when he turned up for Sacramento Kings against Washington Wizards at Las Vegas on Tuesday night.

"It's amazing to play in the Summer League. I am very happy with my progress as a player. I played G league first and now playing in Summer league, and I am working towards the NBA. I didn't think I will reach this far. It sometimes feels like a dream," Singh said during a virtual press conference.

"My next goal is playing at NBA, Satnam Singh was the first Indian to play and I want to play for a long time in NBA, so my focus is on taking care of my body and keeping myself fit."

Satnam had played in the Summer League in 2016 after being first drafted in the NBA by Dallas Mavericks in 2015.

The 20-year-old Singh, whose first professional stint was with the NBA Academy's Ignite team in the G-League, made a brief appearance of just a minute and 22 seconds during the match, which they won 89-75.

"It is a great experience to play against the top players in Summer League. They are all NBA players, who have been drafted. A lot of learning and my game is improving," said Singh, the first-ever NBA Academy India graduate to feature in a Summer League game.

"My coach (Bobby Jackson) asked me to play hard, said I should focus on my game and I will get more time. He asked me to focus on strong rebounding and defense and look to score.

"There is no pressure on me. I have played one game so far. It is just that now getting less game time. So hopefully I will get more time in the future. I want to just focus on giving my 100 percent and prove myself."

Asked what he learnt from his stint in 'G League Ignite', he said: "I learnt how the pro players conduct themselves off the court, how hard they play, how they help each other."

On the basketball scene in India, Singh said: "The sport is growing in India but due to the lockdowns no one has been able to play basketball."

"But the league that is starting in India it will be a good opportunity for the Indian players, they will get more chances. The India league offers good money and if they can work hard, they can achieve a lot through the league.

"Now there will be a 3x3 professional league with Basketball Federation of India. It is a good thing. NBA India was a good initiative, it is spreading the awareness and hopefully, the sport will grow like cricket one day."

'3BL' is India's only FIBA recognized 3x3 professional basketball league which was recognised by BFI in June.

Comments
Topics mentioned in this article
NBA
Get the latest updates on IPL Auction 2023 and check out  IPL 2023 and Live Cricket Score. Like us on Facebook or follow us on Twitter for more sports updates. You can also download the NDTV Cricket app for Android or iOS.