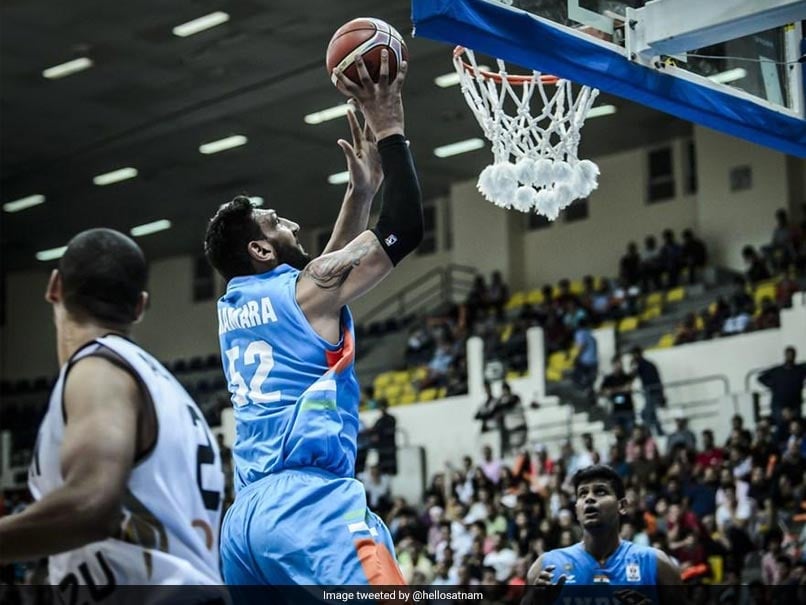 Satnam Singh Bhamara made history when he was drafted in the second round of the 2015 NBA Draft.© Twitter

The National Anti-Doping Agency (NADA) on Thursday said that it has imposed a two-year ban on basketball player Satnam Singh Bhamara for doping. NADA said that the player tested positive for Higenamine Beta-2-Agonist and the Anti Doping Disciplinary Panel has imposed the ban on Satnam. "Satnam Singh Bhamara, Basketball Player tested positive for Higenamine Beta-2-Agonist. Anti Doping Disciplinary Panel has imposed 2 years Ineligbility on him.@YASMinistry @BFI_basketball," NADA tweeted. Satnam made history when he was drafted in the second round of the 2015 NBA Draft by the Dallas Mavericks with the 52nd overall pick.

The 7''2" hoopster from Punjab played for the Dallas Mavericks in the NBA's Summer League and spent two years with the Texas Legends, a G-League affiliate of the Mavericks. Satnam was awarded a scholarship in the USA at the IMG Academy Florida in 2010, and spent the next five years honing his talent to a level worthy of being drafted in the NBA. His inspirational life story was the subject of a documentary "One in a Billion".

Hailing from Ballo Ke village in Punjab, Satnam was just nine years old and almost six feet tall when he arrived at the Ludhiana Basketball Academy to train under the tutelage of India's legendary coach Dr. Subramanian.

Speaking about his association with UBA and his desire to take basketball in India to the next level, Satnam had said, "I want to play an active role in the journey to take Indian basketball to the next level. I'm very excited to play in the UBA along with the best players from India and abroad. I've been working for an opportunity to show what I can do and this will be the perfect stage for me to compete at the highest level in front of my fans in India."

Comments
Topics mentioned in this article
Basketball
Get the latest updates on Olympics 2020, Olympics 2020 Medal Tally, Live Cricket Score . Like us on Facebook or follow us on Twitter for more sports updates. You can also download the NDTV Cricket app for Android or iOS.