NBA: Seven Players Test Positive For COVID-19 In Past Week 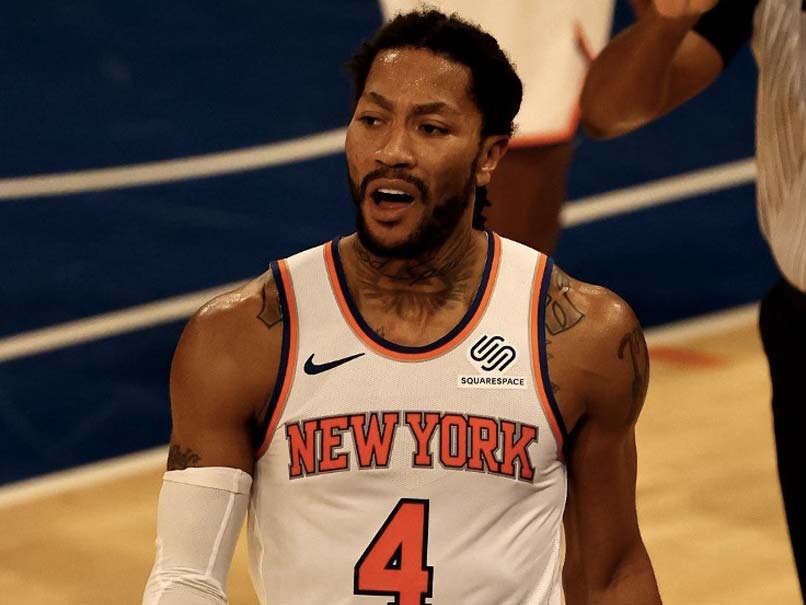 NBA: Derrick Rose has also been listed by New York Knicks due to COVID-19 protocols.© AFP

Seven NBA players have tested positive for Covid-19 among the 456 players tested by the league in the past week, the NBA announced Wednesday. The league does not identify players results, but any player who tests positive is isolated or quarantined until they are cleared under NBA health and safety guidelines. Protocols also require those identified as having been in close contact to an infected person to quarantine. The most recent outbreak issue came when the NBA postponed Toronto's scheduled home game at Tampa, Florida, on Sunday against the Chicago Bulls because the Raptors would not have the minimum eight players available for the contest.

Another Raptors contest in Tampa, planned for Tuesday against Detroit, was delayed to Wednesday pending test results.

Others listed as out on the Covid-19 list include Spanish center Marc Gasol of the Los Angeles Lakers, New York's Derrick Rose and Sacramento's Jabari Parker and Hassan Whiteside.

Comments
Topics mentioned in this article
Toronto Raptors Los Angeles Lakers New York Knicks Sacramento Kings NBA
Get the latest updates on Olympics 2020, Olympics 2020 Medal Tally, Live Cricket Score . Like us on Facebook or follow us on Twitter for more sports updates. You can also download the NDTV Cricket app for Android or iOS.