Wes Unseld was one of only two players to win MVP honours in his rookie season. 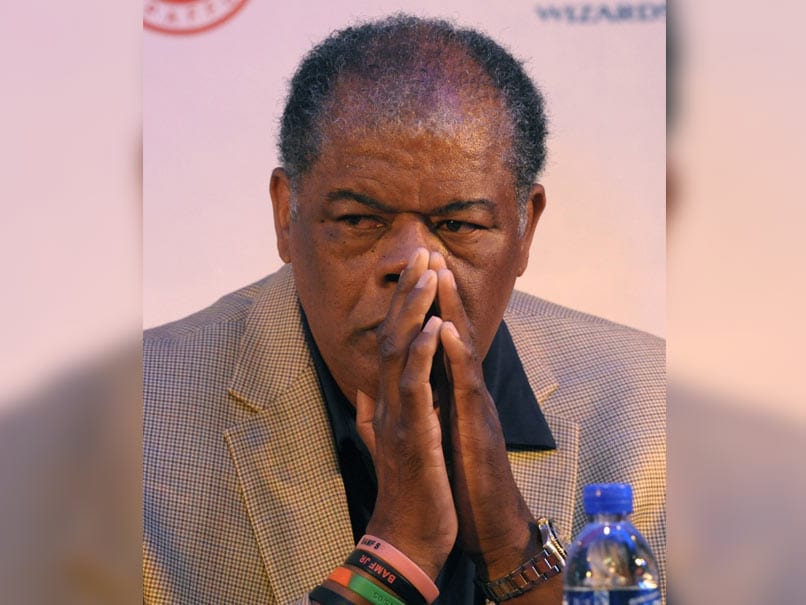 Wes Unseld led Washington Wizards to its only NBA title in 1978.© AFP

NBA Hall-of-Famer Wes Unseld, one of only two players to win MVP honours in his rookie season, died Tuesday, his family said. He was 74. Unseld, selected by the Baltimore Bullets with the second pick in the 1968 draft, had been dealing with long-running health issues including a recent bout of pneumonia. "He was the rock of our family -- an extremely devoted patriarch who reveled in being with his wife, children, friends and teammates," the family said in a statement.

"He was our hero and loved playing and working around the game of basketball for the cities of Baltimore and Washington D.C., cities he proudly wore on his chest for so many years."

Unseld spent the entirety of his career with the Bullets, who later moved to Washington and were subsequently renamed the Wizards.

He led the franchise to its only NBA title in 1978, picking up the Finals MVP award in the process.

His dazzling debut season in 1969 earned him the season MVP honours, only the second rookie after Wilt Chamberlain to achieve the feat.

Unseld would later coach the Bullets from 1988 to 1994, leading the team to a solitary playoff appearance.

"His scowl could be intimidating, but really he was a kind, thoughtful and protective comrade," Chenier told ESPN. "Wes is the epitome of a great teammate, team leader and friend."

In 1984 NBAgames, Unseld averaged a double-double in points and rebounds. He was inducted into the Naismith Memorial Basketball Hall of Famein 1988.