Pro Kabaddi: The defeat against Puneri Paltan crushed Telugu Titans' hopes of making it to the playoffs, while UP Yoddha secured the final spot in the top six. 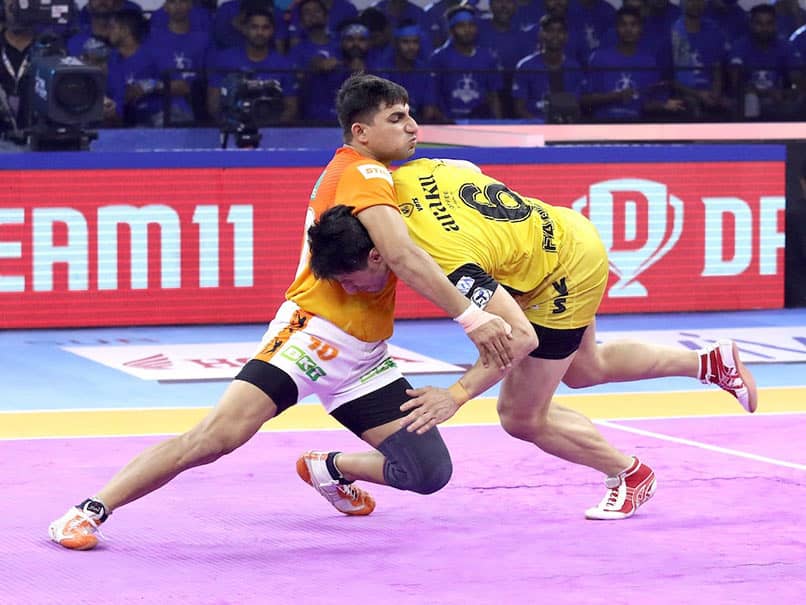 Puneri Paltan sneaked in a close victory when they beat Telugu Titans 53-50 in a Pro Kabaddi League (PKL) season seven match at Tau Devilal Sports Complex in Panchkula on Thursday. The match went down to the wire, with players from both the teams pushing each other throughout the match. However, Paltan's players held their nerves to get past the line by a meagre three points. Titans' Rakesh Gowda, with 17 points, clinched maximum points in the match but couldn't help his side register their sixth win of the season. The defeat meant Telugu Titans' chances of making it to the playoffs came to a halt with UP Yoddha securing the final spot in the top six

Titans' star raider Siddharth Desai was successfully tackled by  Manjeet in the very first minute and that set the tempo for Paltan as they picked raid points with ease.

The Pune side inflicted the first All-Out in the 6th minute of the match to move to a seven-point lead and continued their good work to secured another All-Out in the 14th minute to open a 14-point gap.

The Titans did manage their way back through some strong raids by the Siddharth Desai but two Super Tackles, by Sushant Sail and Surjeet Singh, ensured they prevented an All-Out. Surjeet clinched his High-Five as the first half ended with the scores 31-16 with Pune well on top.

Titans' raider Rakesh Gowda was having an impressive game as the raider for the Titans and his four-point raid gave the Titans some much-needed impetus to push for an All-Out, which they secured in the 9th minute of the second half.

Pune continued to approach all guns blazing instead of seeing out the remainder of the time which allowed the Titans to clinch another All-Out with six minutes remaining.

The match became a tense affair in the closing minutes but a three-point Super Raid by Iranian Emad Sedaghatnia helped Pune open up a sizeable lead which their defenders could hold on to till the final whistle.