In the other match, Jaipur Pink Panthers edged past Haryana Steelers 39-30. 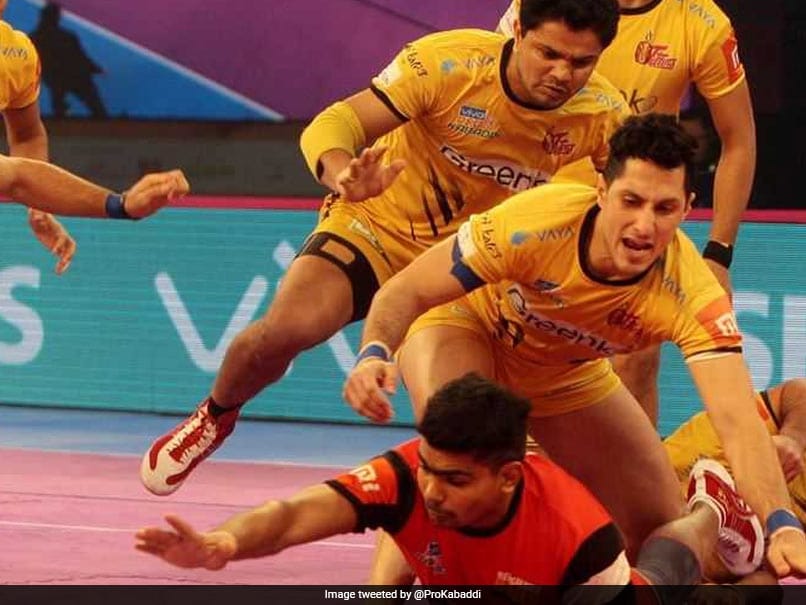 Bengaluru Bulls notched upa thumping 44-28 victory over Telugu Titans in a Pro Kabaddi League (PKL) clash in Panchkula on Tuesday. The victory ensured that Bengaluru Bulls have now qualified for the play-offs. Pawan Sehrawat continued his fine form and got another super 10 and top scored with 13 points. It was a solid defensive performance by the Bulls.

Star raider Rahul Chaudhari scored 12 points for Telugu Titans but couldn't muster enough support from his teammates. Titans still remain in the hunt for a place in the play-offs but are under pressure now. It was a close affair in the first half as both teams started on equal footing with the score 2-2 after two minutes. Pawan Sehrawat made a two-point raid in the third minute to give Bulls 4-2 lead. A super tackle in the fourth minute got the Titans back into the game as they trailed 4-5.Bengaluru Bulls inflicted an all out in the seventh minute to lead 11-5. Rahul Chaudhari produced a super raid in the ninth minute to get Titans back in the game once again.

The Titans inflicted an all out in the 15th minute to level the match at 16-16 and put pressure on Bengaluru Bulls. However, the Bulls scored six straight points to end the half on a high as they led 22-16.

The second half saw Bengaluru Bulls take complete control of the match as they inflicted two all outs to maintain a healthy lead.

There were moments of quality from Titans in the second half but it just wasn't enough. A super tackle in the 27th minute
reduced the Bulls lead to 10 points as the Titans trailed 21-31.

But Sehrawat and co. continued to score easy points at will and completed their third successive win over their arch rivals.