UP Yoddha registered a thumping 47-31 win over defending champions Patna Pirates in the Pro Kabaddi League on Sunday. 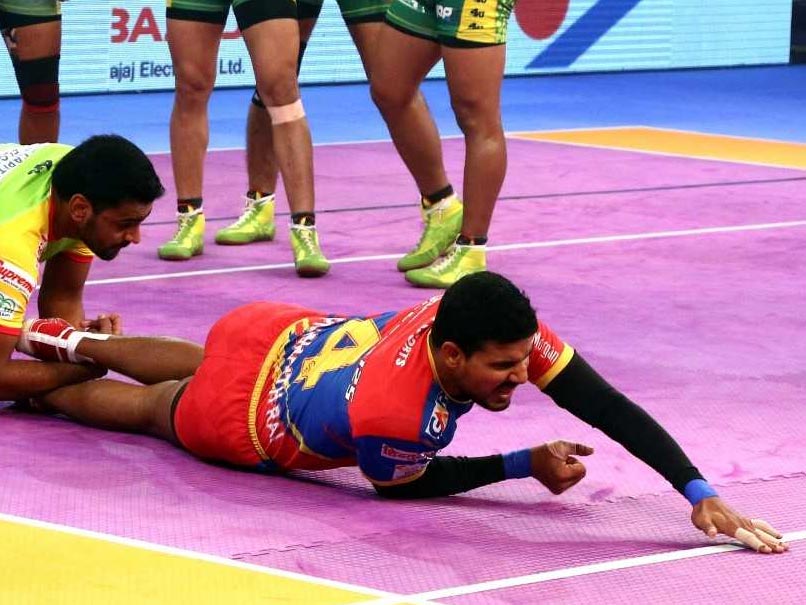 Prashant Kumar Rai claimed 11 points and Azad Singh won eight points as UP Yoddha registered a thumping 47-31 win over defending champions Patna Pirates in the Pro Kabaddi League (PKL) in Panchkula on Sunday. In the other match, Gujarat Fortunegiants continued their dominance in the league with a 34-29 win against Jaipur Pink Panthers. Sachin scored seven raid points for Gujarat while Prapanjan chipped in with five points.

It was a disappointing night for Pardeep Narwal, who could only manage two points. Manjeet top scored for Patna Pirates with 10 points.

Despite the loss, Patna are still in contention for a place in the playoffs but will need massive improvement. Meanwhile, UP Yoddha can also qualify for the playoffs.

Patna were off to a strong start as Manjeet picked up three raid points to lead 4-0. UP Yoddha came back to level the match at 4-4 in the 4th minute.

The match was balanced for the first 10 minutes as both teams were tied at 9-9. The biggest surprise was how Pardeep couldn't get a single point in the first 15 minutes. Prashanth made a successful raid as UP Yoddha inflicted an all out to lead 15-10.

UP were in rampant form in the second half led by Prashanth. They inflicted an all out in the 22nd minute to lead 26-19. Shrikant Jadhav then produced a raid in 27th minute to give UP Yoddha 38-21 lead.

With Pardeep misfiring, it was left to Manjeet to get raid points for Patna but it wasn't enough. Patna's defensive duo of Jawahar Dagar and Jaideep just couldn't handle UP Yoddha's raiders.

UP led 43-25 after 34 minutes and collected four more points in the final five minutes to register a comfortable 47-31 win.

Comments
Topics mentioned in this article
Kabaddi
Get the latest updates on India vs Australia and check out  Schedule, Results and Live Score. Like us on Facebook or follow us on Twitter for more sports updates. You can also download the NDTV Cricket app for Android or iOS.