"Will Be There With Jasprit Bumrah...": Chaminda Vaas Lauds Umran Malik's Bowling

Playing for the Sunrisers Hyderabad in IPL 2022, Umran Malik has been impressive with his pace and consistently clocked above 150 kmph in the speed gun. 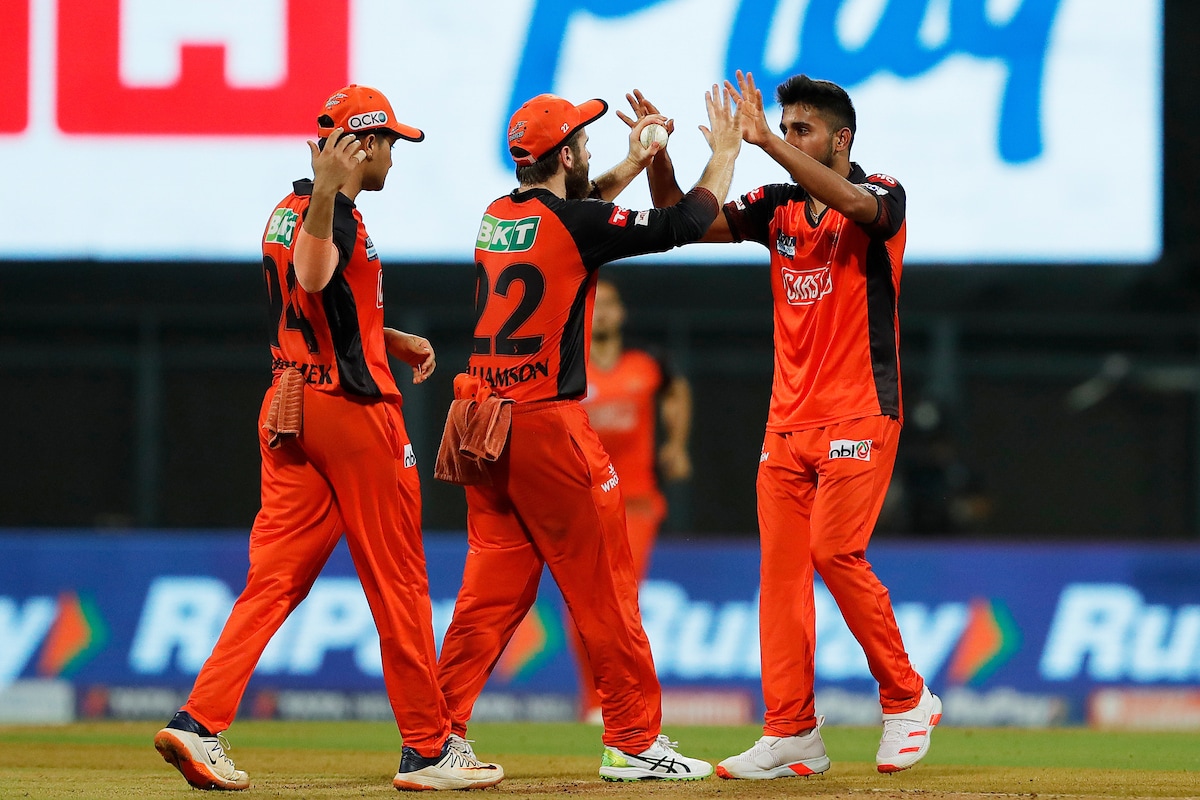 Former Sri Lankan pacer Chaminda Vaas reckons rookie speedster Umran Malik, who has thrilled everyone with his pace in the Indian Premier Leaguer (IPL) 2022, will become a "great bowler" for India. Playing for the Sunrisers Hyderabad in IPL-15, the fast bowler from Jammu has been impressive with his pace and consistently clocked above 150 kmph in the speed gun. He has so far taken 21 wickets, with best figures of 5/25 and is the fourth highest wicket-taker in the tournament. "I think he (Umran) is getting better day by day and I saw him playing in the last IPL as well. He is bowling consistently and accuracy is important when it comes to T20. And he will be a great bowler for India. He will be there with (Jasprit) Bumrah, I guess if India gives him a chance. He will go a long way," Vaas told reporters in Mumbai.

The former left-arm seamer, who has 355 wickets in 111 Tests, is in the city to coach children of the 'Mumbai Cricket Club' led by coach Jwala Singh.

This IPL has also seen the emergence of young pacers like Mukesh Choudhary, Arshdeep Singh, Umran, Avesh Khan, Mohsin Khan and the 48-year-old attributed it to good first-class structure in India.

"India has a good first-class structure and most of the first-class clubs are producing a lot of (good) cricketers and India cricket has a plan going forward. So that is why they are able to produce so many fast bowlers, cricketers," he said.

Elated with performance of Sri Lankans

The IPL has seen Sri Lankan players like Wanindu Hasaranga, Bhanuka Rajapaksa, Dushmantha Chameera among others perform well and Vaas feels it will pave the way for the younger cricketers in the island nation.

"Well, I am so glad that in this IPL, most of the Sri Lankan got opportunities and they believe in themselves that they can (play) a bigger role in the IPL. And the best example is Wanindu (Hasaranga).

"Wanindu is a star and he has always performed well in the Sri Lanka team but here (in the IPL) he is doing amazing. Not only him but others are doing (playing) their part (well) and it is good for the future players of Sri Lanka to come and play in the IPL. It is a morale-booster for the youngsters," said Vaas.

"Dushmantha has come a long way. I was working with the national set-up for eight months and he has improved a lot. I am already pleased with his performance and he will be a future star," he added.

Matheesha Pathirana made an impressive debut for Chennai Super Kings and Vaas feels the rookie pacer has a brilliant future.

"Yes, when I was the U19 coach, he (Matheesha) came from that group and I have seen his potential. He is bowling like Lasith Malinga and he has a brilliant future.

"With his action, he might get injuries but he has to look after himself and Sri Lanka cricket (also needs to) take care of him," he added.

"Actually I am not in politics, but this (current) issue is a bigger mess in Sri Lanka. I was glad that the Indian government has helped us to come (out) this situation in a better way," he signed off.

Sunrisers Hyderabad IPL 2022 Cricket
Get the latest updates on ICC T20 Worldcup 2022, check out the Schedule and Live Score. Like us on Facebook or follow us on Twitter for more sports updates. You can also download the NDTV Cricket app for Android or iOS.