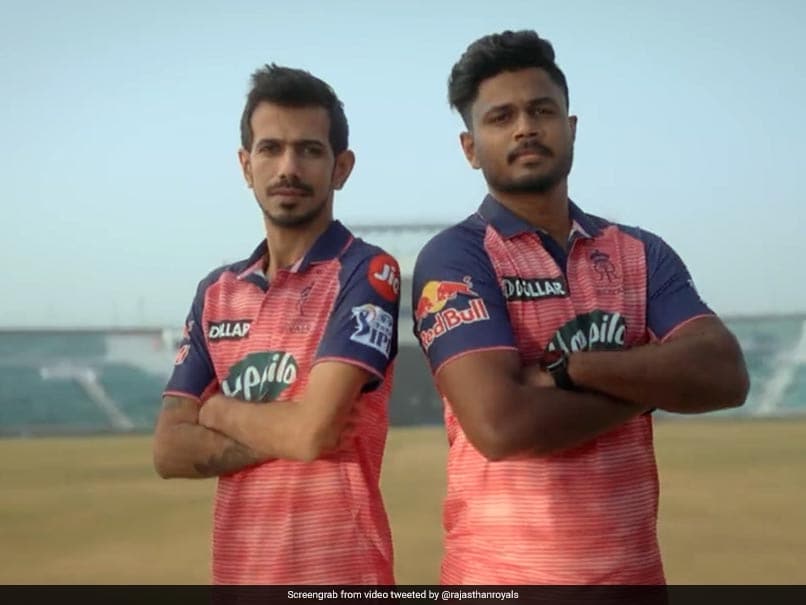 The Indian Premier League (IPL) franchise Rajasthan Royals on Tuesday unveiled the official jersey for the 2022 season. The 2022 Royals jersey is inspired by a unique Rajasthani design called the 'Leheriya', meaning 'wave' in English. Dating back to the 17th century, the tie-and-dye patterns used in this design result in diagonal or v-shaped stripes, resembling the winds blowing across Rajasthan's deserts.

The distinctive patterns, usually on brightly coloured cloth, are formed through 'resist dyeing' - a technique that is unique to the state.

The complex yet beautiful patterns were eventually patronised by royalty in Rajasthan back in the day, with artisans being rewarded for their work. Not just the jersey, but even the turbans ('saafa') that the Royals were spotted wearing on their arrival in Mumbai, are designed using the same technique. An inherently royal part of traditional Rajasthan attire, these 'saafas' are commonly worn in the state's rural areas to date.

FMX legend Robbie Maddison was the star of a jersey reveal project which showcased the colourful city of Jaipur in a whole new light. The Australian daredevil who is also a Red Bull athlete was given the task of delivering the latest Rajasthan Royals' jersey at their home ground, the Sawai Mansingh Stadium.

He zipped past some of Jaipur's most iconic locations as well as narrow bylanes on his motorbike to personally deliver the new Royals jersey. Maddison rode all the way up to the roof of the stadium, paused for a few seconds and launched his bike straight down the building and onto the cricket field, successfully delivering the package to Sanju Samson and Yuzvendra Chahal.

"It was really amazing," said Royals' captain Sanju Samson, who signed in for the special delivery. "Robbie's amazing stunts were something that I've seen for the very first time in person, having only watched previously on TV. (Would I ever try this sport?) Maybe I'll try it out for myself also once I've stopped playing cricket (laughs)," he added.

The newly kitted Rajasthan Royals will begin their 2022 campaign on March 29.

Jos Buttler IPL 2022 Cricket
Get the latest updates on Fifa Worldcup 2022 and check out  Fifa World Cup Schedule, Stats and Live Cricket Score. Like us on Facebook or follow us on Twitter for more sports updates. You can also download the NDTV Cricket app for Android or iOS.