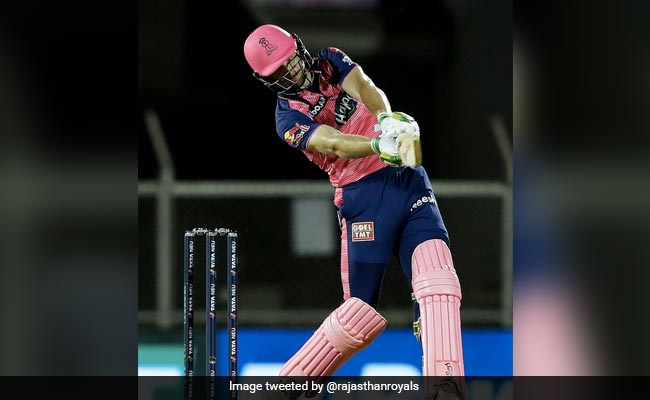 Jos Buttler has scored three centuries in the IPL 2022 so far.© Twitter

Rajasthan Royals (RR) have been in great form in the Indian Premier League (IPL) 2022. With six wins in nine matches, the Sanju Samson-led RR are currently third in the 10-team table with 12 points. RR face Kolkata Knight Riders (KKR) on Monday. While their opponents are eighth in the table with just three wins in nine matches, RR can qualify for the playoffs of they can win two to three more matches. Their batting ahs been great while their bowlers too have performed.

However, RR need to look into certain aspects feel experts. "The worrying thing from Rajasthan Royals' point of view, if there is something they need to worry about, is that at the back end of the tournament the wickets are going to slow down where it will start skidding more," Graeme Swann, former England cricketer, told Star Sports.

"Up until now, they've played on some brilliant batting tracks and the RR batting has been so good that they've won every game. They've been too far ahead of every team. But with the wickets turning and getting slow (as the tournament progresses) may distract them going forward and they might lose some close games. So, they'll have to find a way because it cannot always be smash-smash-smash, and they can't heavily rely on Buttler. They need to find a way in the middle overs to score those 10-20 runs extra even in low scoring games."

Former England cricketer Nick Knight, on the other hand, was impressed with the way Buttler is scoring runs game after game.

"What impressed me hugely about Jos Buttler is the way he's started every innings. I mean if we look at the outcome of his innings, mostly it's either the 50s or 100s, he's (looking) in a different gear. (But) He tends to forget what he did in the previous game and starts afresh. (He) Hasn't taken his form for granted at all. He's giving himself a few balls to get in and then play those big shots," he said.

Kolkata Knight Riders IPL 2022 Cricket
Get the latest updates on Fifa Worldcup 2022 and check out  Fifa World Cup Schedule, Stats and Live Cricket Score. Like us on Facebook or follow us on Twitter for more sports updates. You can also download the NDTV Cricket app for Android or iOS.