The cameras immediately spotted Dhoni walking towards young Mukesh. The former CSK skipper put his arm around the youngster and consoled him, as he had dropped a sitter on the previous delivery. 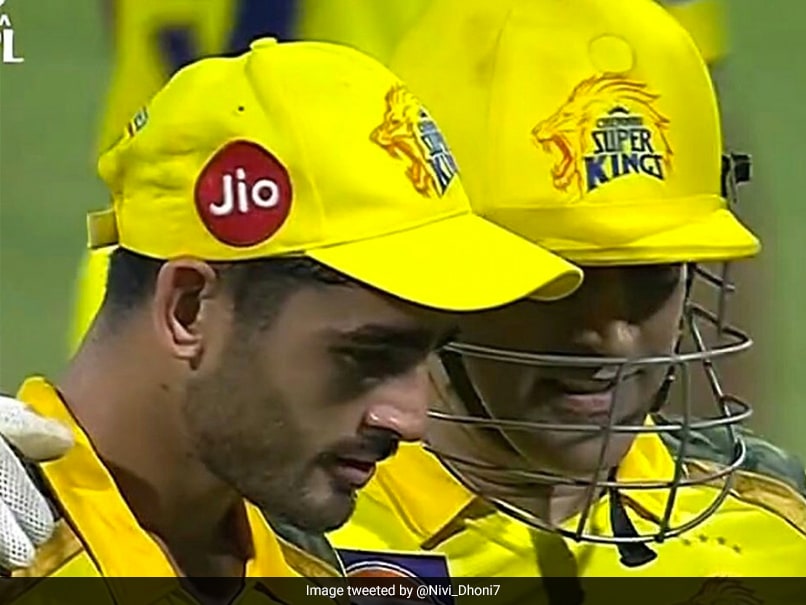 Chennai Super Kings youngster Mukesh Choudhary had a mixed bag of a match against Royal Challengers Bangalore on Tuesday. The young paceman picked up the wicket of Virat Kohli with a short delivery, which left him over the moon. But his catching left CSK is a precarious position as he gave a life each to Suyash Prabhudessai and the dangerous Dinesh Karthik.

While the drop catch of Prabhudessai didn't cost CSK a lot, Karthik's drop meant the match went deep as the wicket-keeper batter brought out the big  shots to keep RCB in the chase. The young bowler was then taken apart in his third over and that meant he finished the match with figures of 1/40 from 3 overs.

MS Dhoni though is not someone who goes after players for mistakes on the field, given his cool and calm nature and ability to absorb the pressure.

In the 15th over of the match, Lankan bowler Maheesh Theekshana removed the dangerous Shahbaz Ahmed to bring CSK back into the contest. The cameras immediately spotted Dhoni walking towards young Mukesh. The former CSK skipper put his arm around the youngster and consoled him, as he had dropped a sitter on the previous delivery.

Such a gesture from a senior cricketer like Dhoni is expected to lift the morale of a youngster and it was celebrated by fans on social media.

Here are a few tweets celebrating Dhoni's gesture towards Mukesh:

Royal Challengers Bangalore IPL 2022 Cricket
Get the latest updates on IPL Auction 2023 and check out  IPL 2023 and Live Cricket Score. Like us on Facebook or follow us on Twitter for more sports updates. You can also download the NDTV Cricket app for Android or iOS.