Watch: Ahead Of IPL 2022 Mega Auction, Ravindra Jadeja Recalls Time When He Was Picked By Chennai Super Kings

Ravindra Jadeja, who had joined CSK in 2012, recalled his feeling at joining the franchise at the time ahead of the mega auction 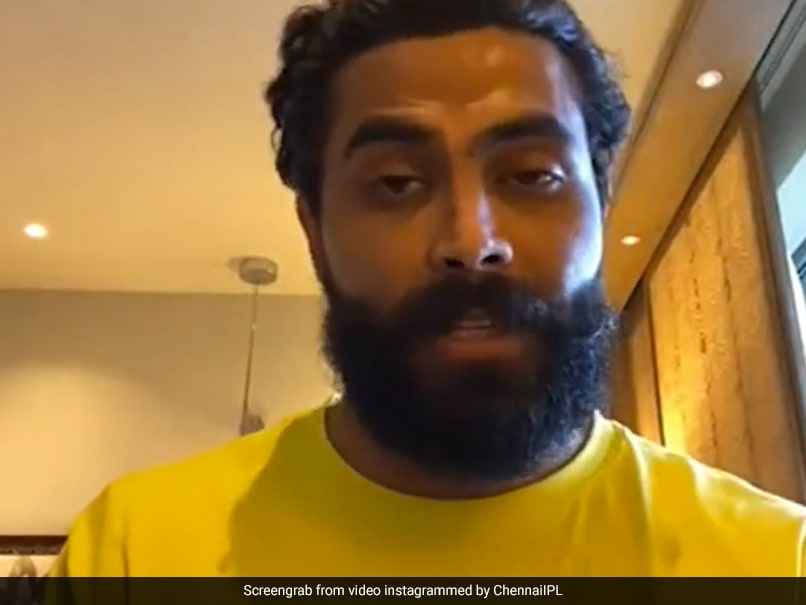 Ravindra Jadeja recalled his feeling at joining CSK ahead of the IPL mega auction.© Twitter

The IPL 2022 mega auction is set to be held this weekend and Chennai Super Kings (CSK) will be keen to put together a formidable unit. The four-time IPL winners retained Ravindra Jadeja, skipper MS Dhoni, Ruturaj Gaikwad and Moeen Ali ahead of the mega auction. Jadeja, who had joined CSK in 2012, recalled his feeling at joining the franchise at the time ahead of the mega auction. "First of all, I was very happy that I got picked by CSK because we all know that CSK have been a very consistent franchise. They have been doing well, they have been playing the final almost every year. So I was very happy to join CSK and I was also excited to play under Mahi bhai. Even though I was with Mahi bhai in Indian cricket team, still I was happy to be a part of CSK," he said in a video shared by CSK on Twitter on Friday.

Jadeja joined CSK in 2012, having previously played for Rajasthan Royals and Kochi Tuskers Kerala in the IPL.

During the two seasons CSK were banned from the IPL in 2016 and 2017, Jadeja played for Gujarat Lions.

Jadeja, who last played for India in the opening Test against New Zealand in November, has been missing in action from the sport following a knee injury.

The all-rounder missed India's recent tour of South Africa and will also miss the upcoming white-ball series against the West Indies.

The Board of Control for Cricket in India (BCCI) clarified while announcing the squad for the home series against West Indies that Jadeja is still continuing his recovery from injury.

Moeen Ali IPL 2022 IPL Auction 2022 Cricket
Get the latest updates on IPL Auction 2023 and check out  IPL 2023 and Live Cricket Score. Like us on Facebook or follow us on Twitter for more sports updates. You can also download the NDTV Cricket app for Android or iOS.