IPL 2022: Nitish Rana on Thursday became the 46th batter in the Indian Premier League history to cross the 2,000-run mark in the competition. 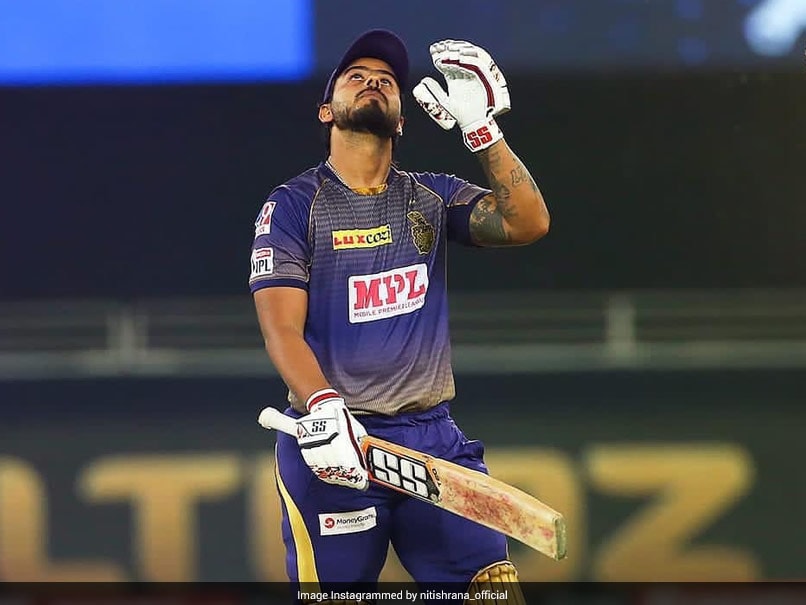 Nitish Rana on Thursday became the 46th batter in the Indian Premier League (IPL) history to cross the 2,000-run mark in the competition. He accomplished this feat during the 41st match of the league against Delhi Capitals on Thursday. In a losing effort, Rana played a knock of 57 in just 34 deliveries, consisting of 3 fours and 4 sixes, before being dismissed by Mustafizur Rahman. Rana is now in the company of batters like JP Duminy (2029), Kane Williamson (2033), Adam Gilchrist (2069), Aaron Finch (2073) who are just above him.

In the ongoing IPL season, Rana in his nine innings has amassed a total of 200 runs at an average of 22.22. He has two half-centuries and his individual best score is 57.

Coming to the match, put to bat first, KKR scored 146/9 in their 20 overs. KKR kept losing wickets at regular intervals, with knocks from Shreyas Iyer (42), Nitish Rana (57) and Rinku Singh (23) helping their side reach a respectable total. Kuldeep Yadav was the pick of the bowlers for DC, with 4/14 in his three overs.

Chasing 147, DC also got off a tricky start, losing Prithvi Shaw on the first ball of the innings. David Warner (42) and Lalit Yadav (22) then stitched a 65-run partnership that stabilized the innings. After their departure and dismissal of captain Pant, the side was reeling at 84/5/. Axar Patel (24) and Rovman Powell (33*) then guided the side to a win with six balls to spare.

With this win, DC are in the sixth position while KKR are eighth. DC will take on Lucknow Super Giants on May 1 while KKR will take on Rajasthan Royals on May 2.

Kolkata Knight Riders Nitish Rana IPL 2022 Cricket
Get the latest updates on ICC T20 Worldcup 2022, check out the Schedule and Live Score. Like us on Facebook or follow us on Twitter for more sports updates. You can also download the NDTV Cricket app for Android or iOS.