Devdutt Padikkal Told Me To Seal The Win, I Told Him To Get To His Century First: Virat Kohli 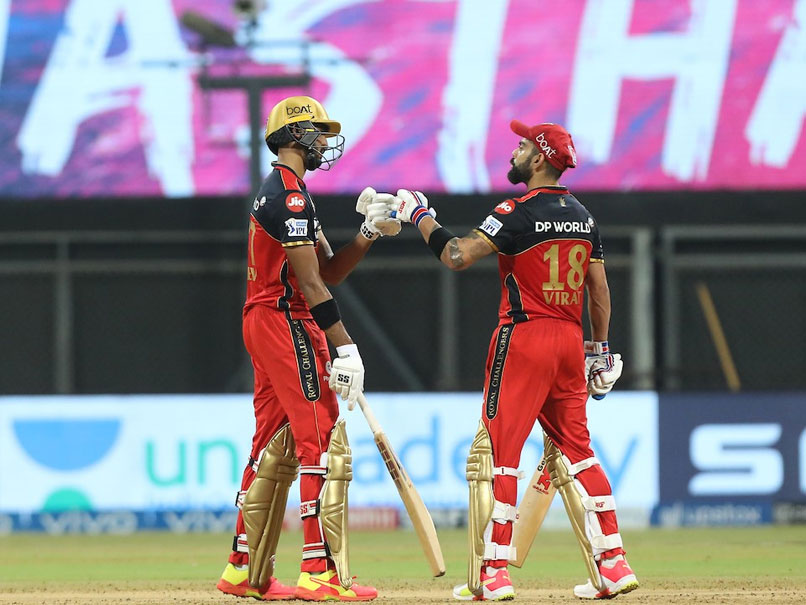 Royal Challengers Bangalore (RCB) kept their unbeaten run intact, cruising past Rajasthan Royals (RR) in Match 16 of the ongoing Indian Premier League (IPL) 2021 season, at the Wankhede Stadium on Thursday. Young Devdutt Padikkal smashed his first IPL century to help RCB seal the victory and received plenty of praise from captain Virat Kohli after the fixture. "It was an outstanding innings. He batted really well for his first season last time. There was a lot of talk about him not accelerating after getting to 30s. He's put all that to rest. It was a good pitch to bat on to be honest, and him being tall meant that bowlers struggled with their lengths", said Kohli during the post-match presentation.

After winning the toss, the RCB skipper elected to bowl. RR had a major batting collapse, setting a target of 178 runs. RCB scored 181 runs in 16.3 overs and didn't lose any wicket. Opener Kohli slammed 72 runs in 47 balls and was unbeaten. He also hit six fours and three sixes.

Praising their partnership, Kohli also revealed that Padikkal was more interested in keeping RCB's unbeaten run intact, rather than sealing his century. He reached his ton in the first delivery of the 16th over.

"We spoke about it (on the 100). He told me to finish it off, I told him to get to it first. He said many will come, I said yes you can say that after you get to the landmark. He deserved to get the three-figure mark," added Kohli.

The win has helped RCB regain pole position in the standings after four wins from four matches. Meanwhile, Rajasthan are bottom of the table with a win and three defeats from four games.

Virat Kohli IPL 2021 Cricket Royal Challengers Bangalore vs Rajasthan Royals, Match 16
Get the latest updates on T20 World Cup, check out the T20 World Cup Schedule and Live Score . Like us on Facebook or follow us on Twitter for more sports updates. You can also download the NDTV Cricket app for Android or iOS.