Punjab Kings explosive West Indian batsman Nicholas Pooran got married on Tuesday and wishes poured in for the couple. 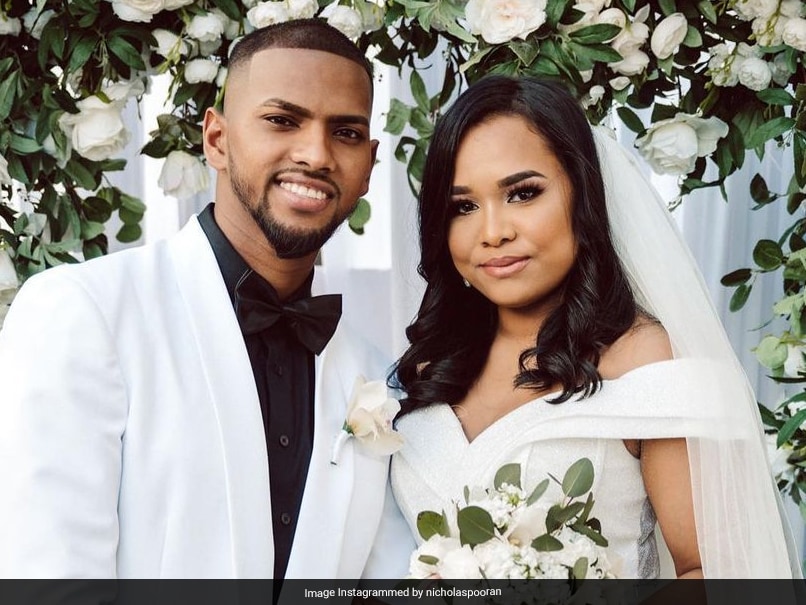 Punjab Kings' (PBKS) explosive West Indian batsman Nicholas Pooran got married to Alyssa Miguel on Tuesday. Pooran posted a photograph of the ceremony on his official social media handle on Instagram which was captioned, "Jesus has blessed me with many things in this life. None greater than having you in my life @kathrina_miguel. Welcoming Mr. and Mrs. Pooran." Wishes poured in from all quarters of the cricket fraternity which included Pooran's Indian Premier League (IPL) franchise PBKS and its players.

PBKS congratulated the couple on Twitter and wrote, "Many congratulations on the start of this beautiful partnership. Wishing you both a lifetime of happiness @nicholas_47."

Many congratulations on the start of this beautiful partnership.

Wishing you both a lifetime of happiness @nicholas_47 pic.twitter.com/kGpu952vnD

Pooran endured a tough time in IPL 2021. He scored only 28 runs in the seven matches that PBKS played with a highest of 19 runs.

A recent BCCI release confirmed that the remainder of IPL 2021 will take place in the UAE in September. A total of only 29 matches were completed before IPL 2021 was postponed due to a surge in COVID-19 cases in the bio-bubble.

However, Pooran remains a key member of the West Indies outfit. In 28 ODIs, the left-hand batter has scored 982 runs at an average of over 49.

In the T20I format, Pooran has two fifties to his name in international cricket in 27 matches.

Fabian Allen IPL 2021 Cricket
Get the latest updates on IPL Auction 2023 and check out  IPL 2023 and Live Cricket Score. Like us on Facebook or follow us on Twitter for more sports updates. You can also download the NDTV Cricket app for Android or iOS.