IPL 2021: After scoring just 28 runs in 7 matches, Nicholas Pooran said he'll use his low scores as a motivation to come back stronger 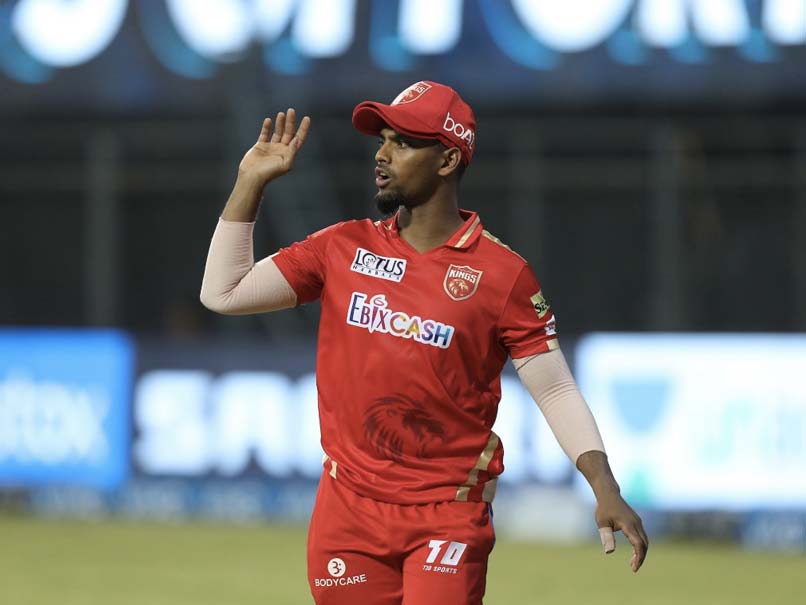 Nicholas Pooran struggled with the bat in IPL 2021 as he managed just 28 runs from 7 games.© BCCI/IPL

West Indies wicketkeeper-batsman Nicholas Pooran said the abrupt suspension of the 14th edition of the Indian Premier League (IPL) was "heart-breaking." However, the Punjab Kings cricketer accepted that the suspension of the league was the right way to move forward after the IPL bio-bubble was breached and multiple players and staff tested positive for coronavirus. After bidding an emotional farewell, Pooran urged everyone to stay safe as India continue to battle the second wave of COVID-19. "The suspension of the tournament and the reasons behind it are heart-breaking but necessary," Pooran tweeted.

The suspension of the tournament and the reasons behind it are heart breaking, but neccessary. See you soon IPL!

In the meantime I'll be using this picture as my motivation to come back stronger than ever. Keep safe everyone. pic.twitter.com/NS0SyliX5i

Pooran had a horrendous run in the 14th edition of the cash-rich league. The West Indies cricketer managed to score just 28 runs in seven matches for Punjab Kings and was dismissed for a duck on four occasions.

In the next game against Delhi Capitals, he was able to open his account but failed to make it count as he was dismissed for nine runs. Pooran again departed without scoring in his fourth match against Sunrisers Hyderabad (SRH). He scored 19 against Kolkata Knight Riders (KKR), but in Punjab's next match against Royal Challengers Bangalore (RCB), he again failed to score.

Punjab were placed at the sixth spot with six points in the IPL table when the tournament was suspended. Punjab played eight games this season and emerged victorious on three occasions, while they were on the losing side five times.

Nicholas Pooran IPL 2021 Cricket
Get the latest updates on ICC T20 Worldcup 2022, check out the Schedule and Live Score. Like us on Facebook or follow us on Twitter for more sports updates. You can also download the NDTV Cricket app for Android or iOS.