CSK vs RR IPL Highlights 2021, Chennai Super Kings vs Rajasthan Royals: The game was turned on its head when Moeen Ali and Ravindra Jadeja took five wickets combined in less than four overs as CSK won by 45 runs. 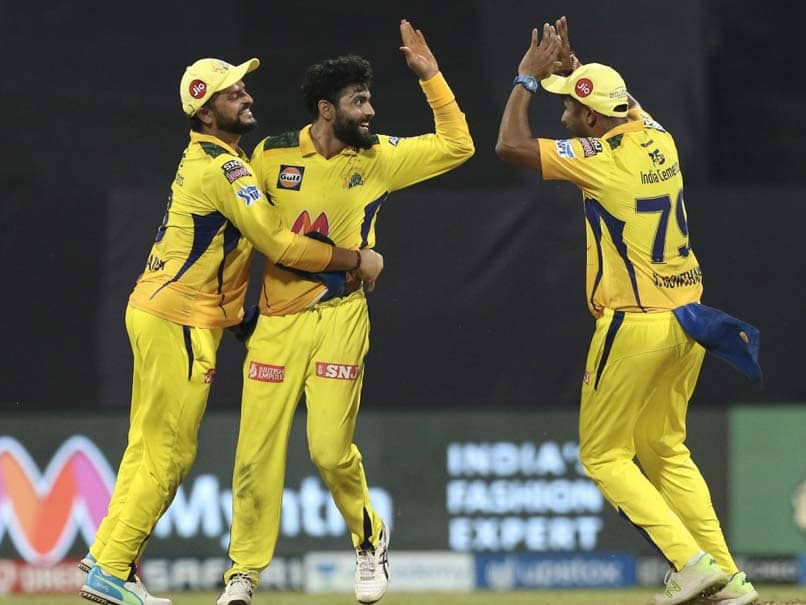 Chennai Super Kings (CSK) spinners, Ravindra Jadeja and Moeen Ali rocked the Rajasthan Royals (RR)  batting line-up with five wickets in less than four overs as they dismissed the likes of David Miller, Jos Buttler, Riyan Parag, Shivam Dube and Chris Morris to jolt the RR run-chase to win by 45 runs. At one stage, Buttler was well on his way to score his fifty, but was dismissed through a beautiful delivery by Jadeja to start the batting collapse. From 87/2, RR went to 97/7 in less than fours overs. Ravindra Jadeja took two wickets and grabbed four catches as he put up an amazing all-round show to help CSK earn their second win of IPL 2021 and keep their ships steady with back-to-back victories. RR on the other hand need to gather their resources and utilise them to the fullest with other important fixtures to follow in the tournament. (SCORECARD)