Royal Challengers Bangalore unveiled a new logo ahead of IPL 2020. 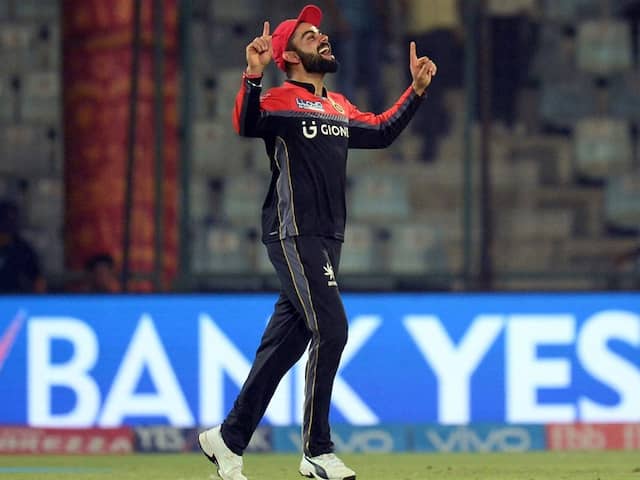 Virat Kohli has been playing for RCB since the inception of the IPL in 2008.© AFP

Virat Kohli, the Royal Challengers Bangalore (RCB) captain, loved the new look of his Indian Premier League (IPL) franchise and took to Twitter to express his joy. On Friday, RCB unveiled their new logo ahead of the 2020 edition of the tournament which gets underway on March 29. "LOGO ka kaam hai kehna. Thrilled to see our new @rcbtweets logo. It embodies the Bold pride and challenger spirit that our players bring to the field. Can't wait for #IPL2020 #NewDecadeNewRCB," Virat Kohli tweeted.

LOGO ka kaam hai kehna. Thrilled to see our new @rcbtweets logo. It embodies the Bold pride and challenger spirit that our players bring to the field. Can't wait for #IPL2020 #NewDecadeNewRCB https://t.co/n8c24JqbAl

"Embodying the bold pride and the challenger spirit, we have unleashed the rampant lion returning him to the Royal lineage," RCB wrote on their social media profiles.

On Twitter, the IPL franchise introduced their new identity with a caption that read, "New Decade, New RCB, and this is our new logo #PlayBold."

Virat Kohli IPL 2020 Cricket
Get the latest Cricket news, check out the India cricket schedule, Cricket live score . Like us on Facebook or follow us on Twitter for more sports updates. You can also download the NDTV Cricket app for Android or iOS.