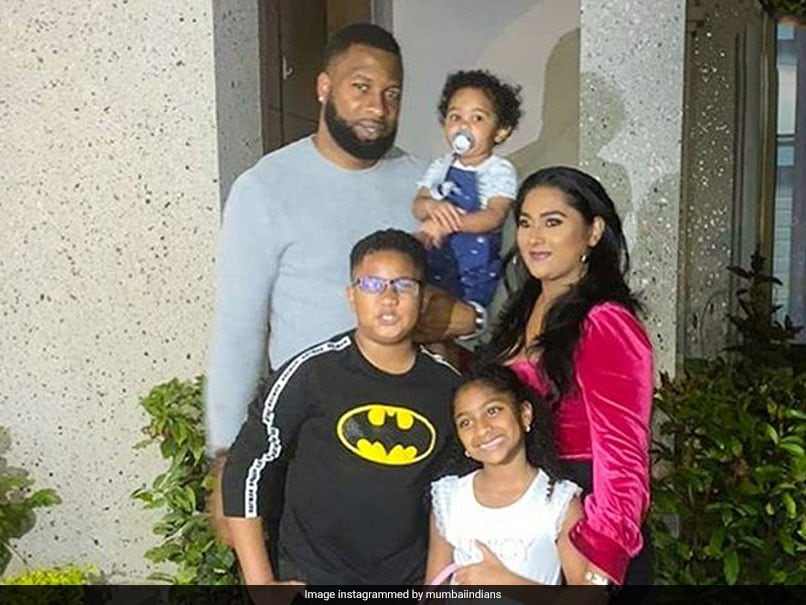 Kieron Pollard has been an integral part of the Mumbai Indians team.© Instagram

If you could name a movie title for this #OneFamily, what would it be? . We'll start: The Incredibles . @kieron.pollard55 @jenna_pollard

The all-rounder made his debut back in 2010 for the Mumbai based franchise against Delhi Daredevils in the Indian Premier League (IPL). Since then, Pollard has featured in 148 matches and scored 1,770 runs with an average of 28.7 and a strike rate of 146.78. He has also picked up 56 wickets with an economy rate of 8.86.

The West Indian all-rounder has played 113 One Day Internationals for his country and has 2,496 runs under his belt. Talking about his bowling, Pollard has 53 wickets with an economy rate of 5.77.

This year's IPL will be played in the UAE and all players will be staying in a bio-secure bubble. The cash-rich league will begin from September 19 and the final will be played on November 10. Mumbai Indians will be looking to defend the title that they won last year for the fourth time by defeating CSK in the final.

Chennai Super Kings IPL 2020 Cricket
Get the latest updates on ICC T20 Worldcup 2022, check out the Schedule and Live Score. Like us on Facebook or follow us on Twitter for more sports updates. You can also download the NDTV Cricket app for Android or iOS.