Mumbai Indians posted a picture on social media of a relaxing Jasprit Bumrah, indicating the players readiness for IPL 2020. 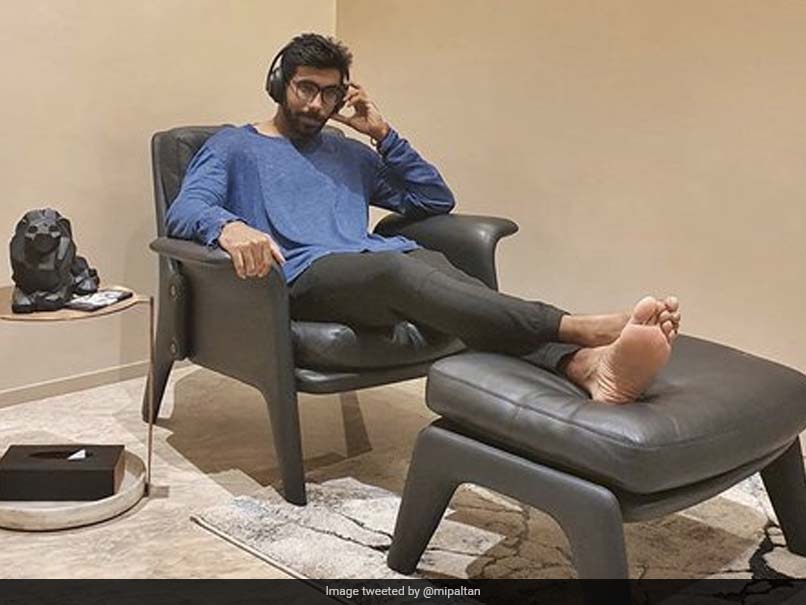 Jasprit Bumrah has risen in stature within the Mumbai Indians camp to the extent that in five years from his debut he became one of the three players to be retained by the team ahead of the mega auction in 2018. While injury had kept him out for half of 2019, the right-arm pacer returned to action for India this year and is now set to turn out for Mumbai in the UAE, where the IPL 2020 will be held. The extended downtime for Jasprit Bumrah, first due to injury and then due to the COVID-19 pandemic, could be “the calm before the storm” as Mumbai put it in a post on social media where Bumrah can be seen plugged-in to his headphones while relaxing on an armchair.

Bumrah has picked up 82 wickets from 77 matches for Mumbai at an economy rate of 7.55 and finished with 19 wickets from 16 matches in Mumbai's title-clinching campaign in 2019.

Led by Rohit Sharma, Mumbai are the only team to win the IPL four times and would look to add a fifth title to their kitty when IPL gets underway from September 19 in the UAE.

The league has been moved out of Indiathis year due to the impact of the COVID-19 pandemic in India and restrictions on movement imposed by the federal and state governments.

The IPL final is likely to be held on November 10 and the tournament will be played in three cities across the Emirates – Dubai, Abu Dhabi and Sharjah.

Jasprit Bumrah IPL 2020 Cricket
Get the latest updates on ICC T20 Worldcup 2022, check out the Schedule and Live Score. Like us on Facebook or follow us on Twitter for more sports updates. You can also download the NDTV Cricket app for Android or iOS.