MS Dhoni had started training with the Chennai Super Kings before all IPL camps were shut with the tournament postponed amid the coronavirus pandemic. 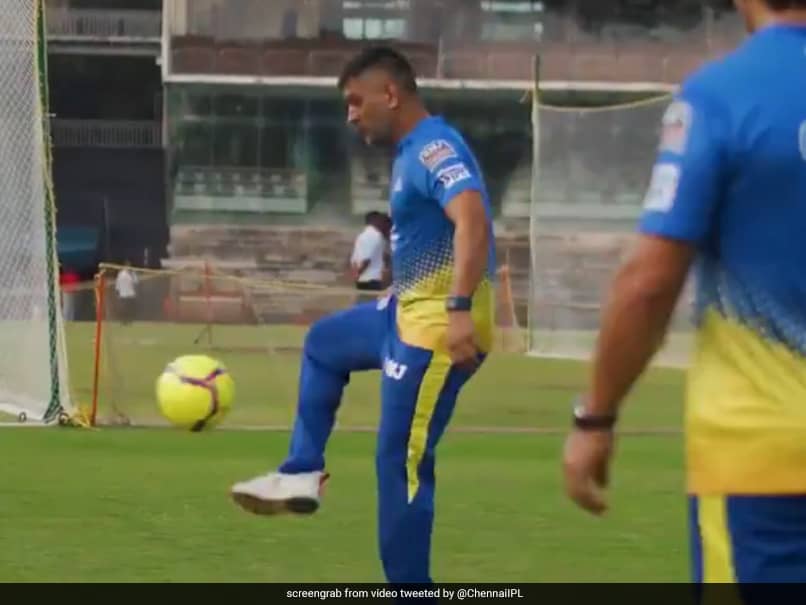 MS Dhoni showed off his football skills in the CSK training session.© Twitter

Chennai Super Kings captain MS Dhoni started training at the Chepauk on March 3, 2020, for the upcoming edition of the IPL alongside his team. However, the Indian Premier League got postponed due to the coronavirus outbreak and all players were asked to go home as a safety measure. With cricket, like most sports, in limbo due to the pandemic, CSK  tweeted a video from their training sessions where MS Dhoni can be seen enjoying playing football with some of the coaching staff. The former India captain can be seen showing off his football skills in the video.

With every major sporting event getting postponed, here's a super crossover, #Thala Dhoni footballing with his mates at #AnbuDen. #WhistlePodu pic.twitter.com/WLxw5lYyaB

A similar video was shared by Delhi Capitals yesterday where their skipper Shreyas Iyer was seen performing keepy-uppies during a training session.

MS Dhoni's CSK was set to face Rohit Sharma's Mumbai Indians in the IPL opener which was previously scheduled to take place on March 29,2020. With the IPL being postponed, the match will now be held on April 15, 2020, if all goes according to plan.

With the T20 World Cup set to take place in Australia from October, Dhoni will be looking to make the most of this IPL if he wants to be on the flight to Australia.

With major sporting events being cancelled around the world due to the coronavirus threat, BCCI will have to make sure they pull out all stops for the safety of all involved in the cash-rich league.