Mayank Agarwal pulled the cricket ball back while in mid-air, denying Kieron Pollard a six and Mumbai Indians crucial runs that proved decisive in the long run. 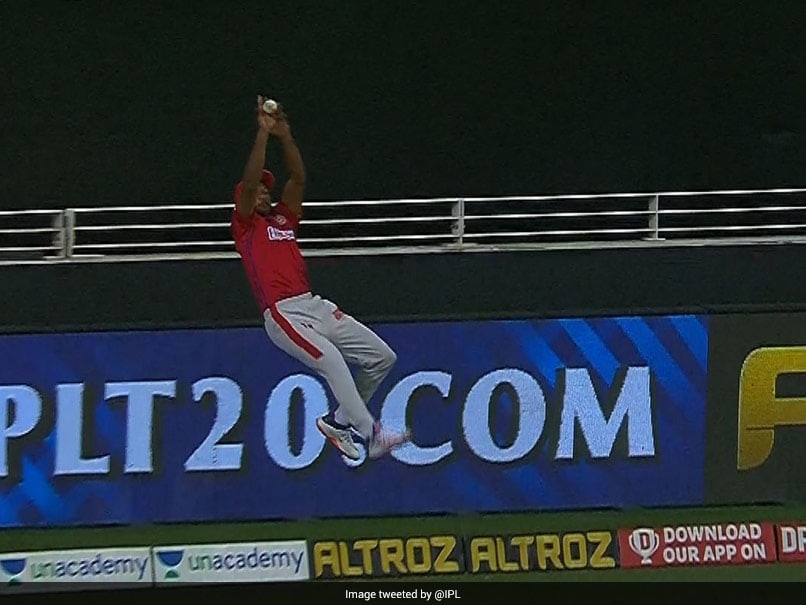 On a night of incredible drama, Kings XI Punjab opener Mayank Agarwal produced a moment of magic on the field that not only dropped some jaws but also played a massive role in the side winning just their third match of the season and finally getting off the bottom of the table. When a game goes down to two Super Overs -- for the first time ever -- it goes without saying that the margins are about as small as they get. Every wicket and every run counts. With KXIP bowling first in the second Super Over, Mayank Agarwal put his body on the line to show incredible athleticism and save four crucial runs.

On the last ball of the Super Over, when Mumbai Indians' Kieron Pollard walloped a low full toss towards the mid-wicket boundary, it seemed like a sure six, but Agarwal leaped up to grab the ball high above his head, and with momentum carrying him over the boundary line, threw it back into the field. Pollard managed to run two, and what would have been a total of 15, was now 11.

There was concern, as Agarwal looked in pain, but he came out to bat for KXIP, and hit two boundaries as they chased down the 12-run target with two balls to spare.

With Jonty Rhodes as their fielding coach, it is no surprise that KXIP have been brilliant in the department.

Earlier in the tournament, Nicholas Pooran had produced a stunning save on the boundary line to deny Sanju Samson a six, even though Rajasthan Royals eventually went on to win the match.

KXIP's win over Mumbai Indians was their second win on the trot, and third in the season, and they have now moved up to the sixth position, tied on six points with SunRisers Hyderabad, Chennai Super Kings and Rajasthan Royals.

They next take on table-toppers Delhi Capitals on Tuesday when they will look to carry on their late-season resurgence.

Kieron Pollard IPL 2020 Mumbai Indians vs Kings XI Punjab, Match 36 Cricket
Get the latest updates on India vs South Africa and check out  Schedule, Results and Live Score. Like us on Facebook or follow us on Twitter for more sports updates. You can also download the NDTV Cricket app for Android or iOS.