Andre Russell and Sunil Narine arrived in the UAE a week before the start of IPL 2020, having taken part in the recently-concluded Caribbean Premier League. 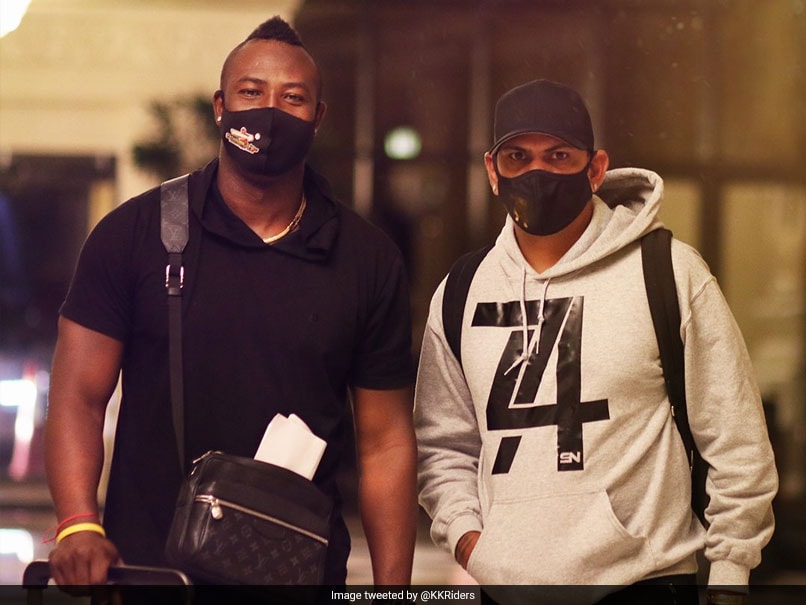 Kolkata Knight Riders' West Indian stars Andre Russell and Sunil Narine reached the United Arab Emirates (UAE) with the IPL franchise welcoming them on Twitter on Sunday. KKR's star duo arrived from the Caribbean a week before the start of IPL 2020, having taken part in the recently-concluded Caribbean Premier League. KKR posted pictures of the two on their official Twitter handle. Andre Russell and Sunil Narine will be in quarantine for at least six days before joining the squad for training.

It is another shot in the arm for Kolkata Knight Riders after it emerged that England captain Eoin Morgan, Australia quick Pat Cummins and England batsman Tom Banton will all be available for the team's opening IPL 2020 match against defending champions Mumbai Indians at the Sheikh Zayed Stadium, Abu Dhabi on September 23.

The trio are currently involved in the ongoing England vs Australia ODI series, which culminates on September 16, three days before the start of IPL 2020.

KRR will be looking at their big-name foreign imports to help improve on their fifth place finish last season. The Dinesh Karthik-led outfit finished on 12 points in IPL 2019, winning just six out of the 14 matches they played.

KKR spent big on Pat Cummins to bolster their bowling attack while Eoin Morgan makes a return to the franchise, having represented them from 2011 to 2013.

The team will be hoping that Russell can repeat his batting heroics from last season. The West Indian all-rounder was in devastating form in 2019, smashing 510 runs at an average of 56.66 and a mind-boggling strike-rate of 204.81.

He smashed the most number of sixes last season -- 52 -- with the next best being Chris Gayle at 34.