IPL 2020, KKR vs KXIP: Kolkata Knight Riders and Kings XI Punjab have enough talent to pull of a big win, with some star names looking in fine nick. 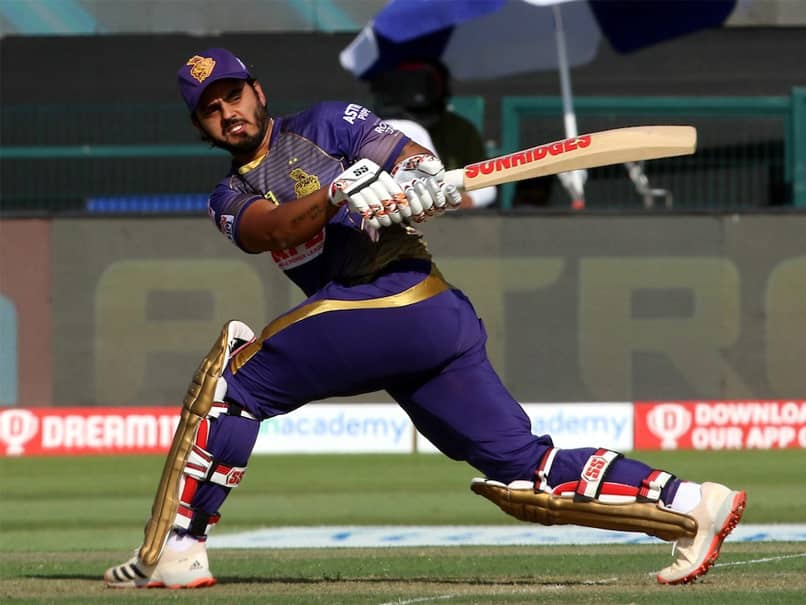 KKR vs KXIP: Nitish Rana starred against Delhi Capitals and it might be the start of good things for him.© BCCI/IPL

As the IPL 2020 league stage nears its conclusion the battle for the top four spots is heating up. In the last few days, some of the teams in the bottom half of the table have sprung a surprise on sides occupying the top three spots. That has bunched up the teams on the IPL points table, with most still in with a chance of getting into the playoffs. Kolkata Knight Riders and Kings XI Punjab have done well in recent matches to stay in contention, and the encounter on Monday is a crucial one for both of these two teams. KKR's top guns are finally coming to the party with the bat while KXIP's bowling has improved, helping them notch four wins on the trot. Therefore, it is becoming rather difficult to choose players for IPL Fantasy XI as well, with many non-performing players starting to put their hands up.

KL Rahul (Credits - 12): The Kings XI Punjab skipper has not managed to hit a half-century in his last two innings. However, he continues to occupy the top spot in the race for the 'Orange Cap'. Rahul remains a good choice for a fantasy XI pick, with his high percentage of boundaries and the catches he takes behind the stumps, ensuring the fantasy points keep coming.

Nicholas Pooran (Credits - 8.5): The West Indian has notched scores of 24, 53 and 32 not out in his last three innings. At 8.5 credits, Pooran is a good option to have in your fantasy team. Also, explosive batting means that he is capable of hitting boundaries at will and that will fetch some extra fantasy points to all those that have him in their team.

Nitish Rana (Credits - 8.5): The left-hander, in the past has been a popular pick in fantasy teams, but this season has not been a kind one for him. However, he announced his return to form with a fine 81 against Delhi Capitals. His new role at the top of the order worked wonders and Rana is capable of stringing a few good performances together. So, it might just be the right time to rope him into your Fantasy XI.

Varun Chakravarthy (Credits - 6.5): The KKR spinner took his maiden five-wicket haul in the last match against Delhi Capitals and with the pitches in the UAE slowing up considerably, he could be the difference between KKR reaching the playoffs or not. At 6.5 credits, Chakravarthy is a must have in your Fantasy XI team. Even if he doesn't perform exceptionally, you haven't wasted to many credits on him.

Nicholas Pooran Varun Chakravarthy IPL 2020 Kolkata Knight Riders vs Kings XI Punjab, Match 46 Cricket
Get the latest updates on India vs Australia Series, check out the India vs Australia Schedule for 2020-21 and Ind vs Aus live score . Like us on Facebook or follow us on Twitter for more sports updates. You can also download the NDTV Cricket app for Android or iOS.