IPL 2020, KKR vs KXIP: Varun Chakravarthy will be supremely confident having registered his maiden five-wicket haul in the IPL on Saturday, but KL Rahul will pose a different challenge altogether. 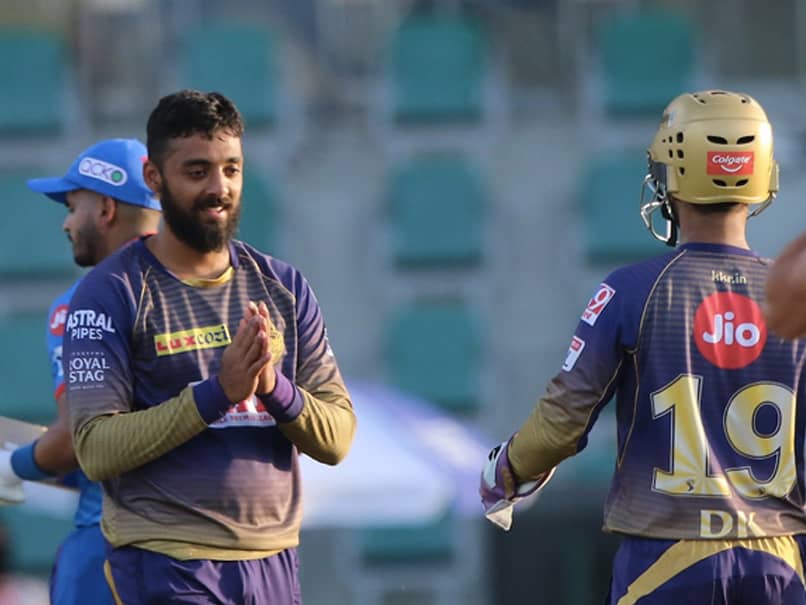 Kolkata Knight Riders (KKR) spinner Varun Chakravarthy picked five wickets while conceding just 20 runs, against Delhi Capitals (DC) on Saturday. Chakravarthy registered the best bowling figures in the ongoing edition so far, during the course of the tie. He further recorded his maiden five-wicket haul in the Indian Premier League (IPL).  The 'mystery spinner' dismissed skipper Shreyas Iyer, Rishabh Pant, Shimron Hetmyer, Marcus Stoinis and Axar Patel which is certainly commendable, considering the big-hitting abilities they possess. Chakravarthy's excellent spell helped KKR restrict DC to a score of 135 runs for the loss of nine wickets, having being set a target of 195 runs. This victory is however not enough, with the Kolkata-based franchise facing a stern challenge from Kings XI Punjab (KXIP) for the fourth position. The two sides will face off in Match 46 of IPL 2020 at the Sharjah Cricket Stadium on Monday, which could very well decide the final playoff spot.

KKR skipper Eoin Morgan will hope for another masterclass from his 'mystery spinner', but opposition captain KL Rahul poses a different challenge altogether. Rahul has been in tremendous form this season, leading the race for the Orange Cap.

Rahul will not be easy to deceive even for a spinner with multiple variations like Chakravarthy. However, the KXIP batsman is not invincible as evident from his dismissal against SunRisers Hyderabad (SRH) on Saturday, with Rashid Khan outwitting the cricketer.

The Punjab-based franchise has been extremely dependent on Rahul, and the importance of his early dismissal is something Chakravarthy will be well aware of. Can he get the better of the KXIP skipper, or get smacked into the stands?

KL Rahul IPL 2020 Kolkata Knight Riders vs Kings XI Punjab, Match 46 Cricket
Get the latest updates on IPL 2021, IPL Points Table , IPL Schedule 2021 , live score . Like us on Facebook or follow us on Twitter for more sports updates. You can also download the NDTV Cricket app for Android or iOS.