IPL Auction 2020: Yashasvi Jaiswal, who is in India's squad for the Under-19 World Cup, was picked by Rajasthan Royals in the IPL auction. 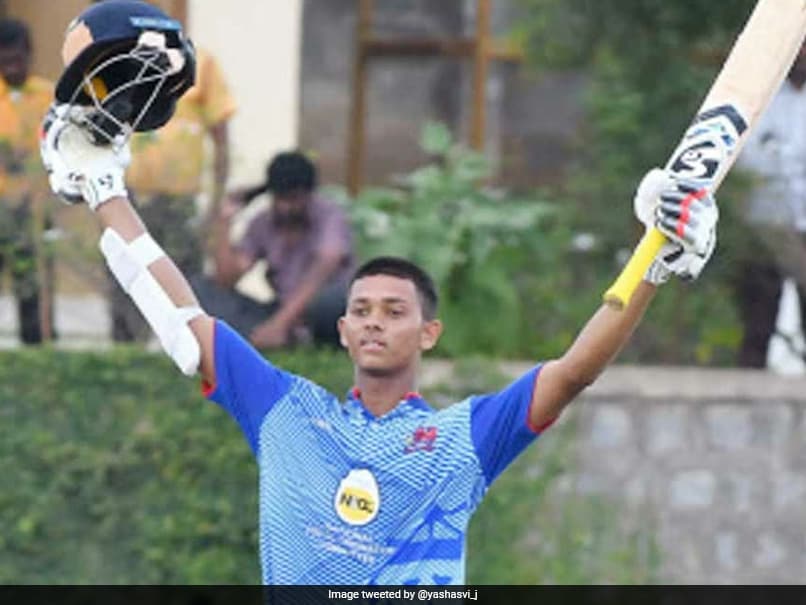 Father of India U-19 batsman Yashasvi Jaiswal, Bhupendra Jaiswal, said that his son's hard work paid off after he was picked by the Indian Premier League (IPL) franchise Rajasthan Royals in the auction on Thursday for the upcoming season. "His hard work is paying off. I hope that he will perform well in the IPL and would get a chance in the Indian side. I am extremely happy," Bhupendra Jaiswal told ANI. Yashasvi's relatives were seen rejoicing his selection by Rajasthan Royals and celebrated the feat by distributing sweets.

"It is not about money. It is about the hard work that he has done. He is making us proud and I pray to God that he will do well in the upcoming U-19 World Cup and bring the coveted trophy to the country," said Yashasvi's father.

Jaiswal had become the youngest batsman to score a 50-over double hundred in first-class cricket. He had achieved the feat against Jharkhand in Vijay Hazare Trophy.

He is currently part of India U-19 squad for the World Cup.

"I'm very happy with his selection in Rajasthan Royals and hope that he will make it to the senior side soon," said Yashasvi's mother Kanchan Jaiswal.

The 17-year-old used to sell panipuris to make his ends meet during his early cricketing days. He celebrated his induction in the Royals with his coach and their family in Mumbai.

Before featuring in the 2020 IPL season, Yashasvi will don the Indian jersey and travel to South Africa to play the U-19 World Cup.

India will play their first game in the World Cup against Sri Lanka at Bloemfontein in South Africa on January 19, 2020.

Rajasthan Royals Cricket
Get the latest updates on SA vs IND 2021-22, check out the Schedule and Live Score . Like us on Facebook or follow us on Twitter for more sports updates. You can also download the NDTV Cricket app for Android or iOS.