IPL 2020, RR vs DC: Delhi Capitals climbed to the top spot of the IPL 2020 points table after securing a comfortable 46-run win over Rajasthan Royals at the Sharjah Cricket Stadium. 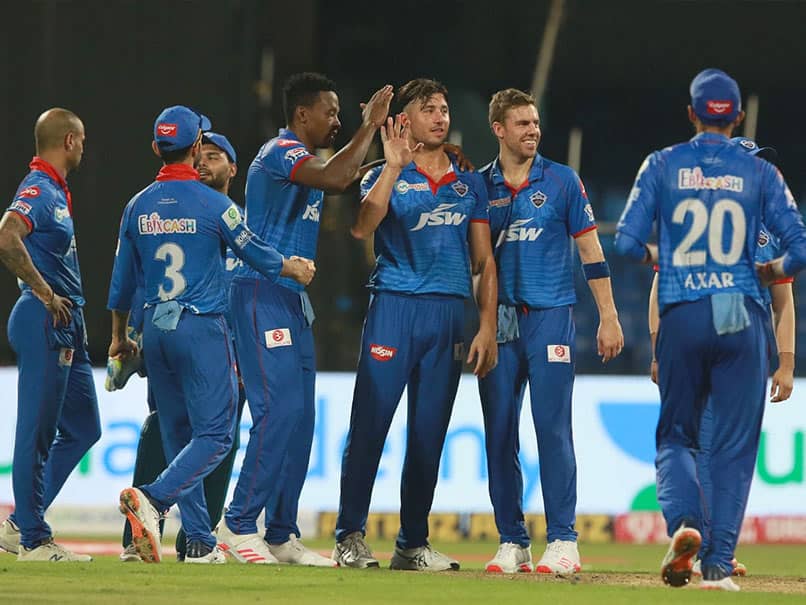 Delhi Capitals (DC) romped to another win in the Indian Premier League (IPL) 2020, defeating Rajasthan Royals by 46 runs, at the Sharjah Cricket Stadium, in United Arab Emirates (UAE) on Friday. Marcus Stoinis was once again the star for Shreyas Iyer-led side, contributing with both bat and ball. The Australian slammed 39 runs off 30 deliveries, and also grabbed two wickets. Kagiso Rabada closed the game out for his side as he finished the game with a three-wicket haul. The victory helped DC stitch together a hat-trick of wins, having coasted past Royal Challengers Bangalore (RCB) and Kolkata Knight Riders (KKR) in their previous two fixtures.

Delhi had an unstable start, with openers Prithvi Shaw and Shikhar Dhawan failing to find a way past opposition bowlers.

Shreyas Iyer's arrival stabilised the innings for DC. He scored 22 runs from 18 balls.

Rishabh Pant couldn't build on his newfound form, punching only five runs into the scoreboard.

Stoinis was once again the hero for his side, scoring 39 runs, packed with four sixes. West Indies batsman Shimron Hetmyer made his presence felt, scoring 45 runs off just 24 deliveries. He also slammed a four and five sixes, which helped his side post a strong 185-run target. DC wrapped up at 184/8 after 20 overs.

Jofra Archer was the pick of the bowlers for RR, picking up three wickets.

The Royals opted for a cautious start but kept losing wickets at regular intervals.

Yashasvi Jaiswal showed his talent with a slow 34-run knock from 36 balls. He could muster a four and two sixes.

Smith tried to anchor the chase for his side, but could only manage 24 runs from 17 balls.

Rahul Tewatia's arrival was a little too late, as RR crashed to another defeat. Tewatia scored 38 from 29 balls.

RR were bowled out for 138 in 19.4 overs. Kagiso Rabada was once again impressive, grabbing three wickets.

The victory has taken DC to top of the league table, meanwhile RR are seventh.

DC face Mumbai Indians (MI) in their next fixture on October 11. RR face SunRisers Hyderabad (SRH) on the same day.

Kagiso Rabada Rajasthan Royals vs Delhi Capitals, Match 23 Cricket
Get the latest updates on India vs Australia Series, check out the India vs Australia Schedule for 2020-21 and Ind vs Aus live score . Like us on Facebook or follow us on Twitter for more sports updates. You can also download the NDTV Cricket app for Android or iOS.