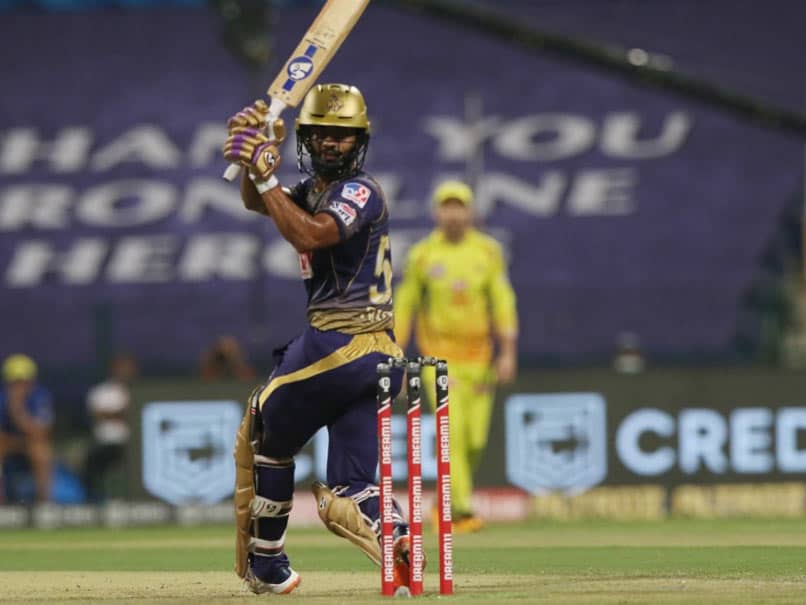 Kolkata Knight Riders snatched an unlikely 10-run victory against Chennai Super Kings to go third in the Indian Premier League (IPL) 2020 points table, as their rivals on the night stay at the fifth spot. Rahul Tripathi, promoted up the order to open, repaid the team management's faith in him with a 51-ball 81 in a match where their next best individual scores were 17 by Sunil Narine and Pat Cummins. And after Shane Watson hit his second consecutive half-century, KKR choked the flow of runs and grabbed some crucial wickets as they restricted the MS Dhoni-led side to 157/5. KKR have six points from five matches and moved above Royal Challengers Bangalore with a better net run rate.

Chennai Super Kings now have four points from six matches, and may soon slide down further in the table, as their resurgence after emphatically beating bottom-placed Kings XI Punjab turned out to be a short-lived one.

Faf du Plessis, who has three half-centuries in this year's edition of the IPL, managed only 17 runs in Abu Dhabi on Wednesday, and fell just three runs short of the season's leading run-scorer KL Rahul.

The Kings XI Punjab captain, with 302 runs to his name, has, for the most part of the season, held the Orange Cap, with fellow opener Mayank Agarwal taking it off him for a short duration in the middle.

Sam Curran picked two wickets today for CSK to move to seven scalps for the season, but he is still far off from troubling the leading wicket-takers.

Kagiso Rabada holds the Purple Cap with 12 wickets and Mumbai Indians' pace duo of Jasprit Bumrah and Trent Boult are behind him with 11 and 10 respectively.

Kagiso Rabada Kolkata Knight Riders vs Chennai Super Kings, Match 21 Cricket
Get the latest updates on IPL 2020, check out the IPL Schedule for 2020 and Indian Premier League (IPL) Cricket live score . Like us on Facebook or follow us on Twitter for more sports updates. You can also download the NDTV Cricket app for Android or iOS.