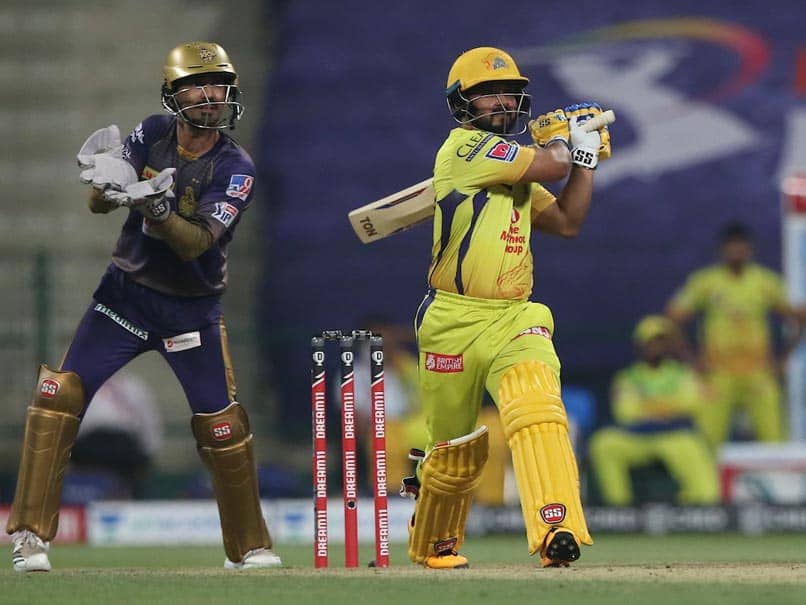 Chennai Super Kings head coach Stephen Fleming said Kedar Jadhav was sent ahead of Ravindra Jadega and Dwayne Bravo in a tense run chase against Kolkata Knight Riders because of his ability to play spin well. However, Jadhav laboured to seven off 12 balls as KKR won the game by 10 runs here on Wednesday. "At the time, we thought that Kedar could play the spinner well and dominate, while Jadeja was there to come and finish. But in the end there was too much work to do and we fell short," Fleming said at the press-match conference.

Jadhav was trolled heavily on social media following the defeat.

The New Zealander rued that their batsmen let it "slip" despite having so much resources. The team added just 14 runs from 11-14 overs, a period when they lost both Shane Watson and an in-form Ambati Rayudu.

"If we could have got one of those players to 75-plus and continued that partnership for another maybe four or five overs, the game might have been a lot different.

"Kolkata hung in there long enough to put pressure on us and we just couldn't accelerate. We feel disappointed that we let it slip."

The absence of Suresh Raina, who pulled out of IPL for personal reasons, was once again felt sorely in the middle but Fleming said they have a well-balanced side.

"But the performances like today, with the experience we have got, we should have put it away."

"We have got a lot of batsmen anyway so the balance is very good with the six bowlers. I don't think an extra batsman is going to help."

Dinesh Karthik's ploy to hold his ace spinner Sunil Narine for the back-end of the innings paid dividends as he dismissed his 'bunny' Watson for ninth time in T20s.

"Ideally, you have one or two players bat through...Today with (Sunil) Narine holding overs back, it made it very difficult in the back-end," the former Kiwi skipper said.

Fleming further said they have plenty of batting resources and on the day their ploy did not work out.

"We've got so much batting resources. Kedar is a late middle to late batter for India. We could have gone a whole lot of different ways. Today Kedar had some balls but that didn't work out.

"You always put players in different areas and that's just when you have so much batting talent to choose from. It's one of the things we look at, but it's all in hindsight."

CSK bowlers on the other hand stood up to stage a remarkable comeback in the back to bowl out KKR for 167.

In his first game of the season, leg spinner Karn Sharma, who replaced Piyush Chawla in the XI, was the most economical of the lot and got CSK back into the game with his figures of 2/25 from his full quota.

"He's been waiting for a while for an opportunity. In the first over he was a bit unlucky but the next three overs he really worked hard and he got us back into the game. I think he can get some confidence from this.

"With the pitches drying out, we can use him in combination with Piyush and Jaddu. We might be able to operate with more spinners which we are used to," Fleming said.

Medium pacers Sam Curran and Shradul Thakur also bagged two wickets, while left-arm spinner Ravindra Jadeja was not given the ball on a slow pitch.

"It's a question more for MS (Dhoni). I don't make those decisions. I would imagine that it was a little bit to do with the wind and also the matchups that were out there with the left-handers. I think the general feel was that the medium pacers were doing a good job," Fleming signed off.

Dwayne Bravo Kolkata Knight Riders vs Chennai Super Kings, Match 21 Cricket
Get the latest updates on IPL 2020, check out the IPL Schedule for 2020 and Indian Premier League (IPL) Cricket live score . Like us on Facebook or follow us on Twitter for more sports updates. You can also download the NDTV Cricket app for Android or iOS.