IPL 2020, KKR vs CSK: Shah Rukh Khan shouted one of his iconic dialogues from the stands as Rahul Tripathi collected his player of the match trophy. 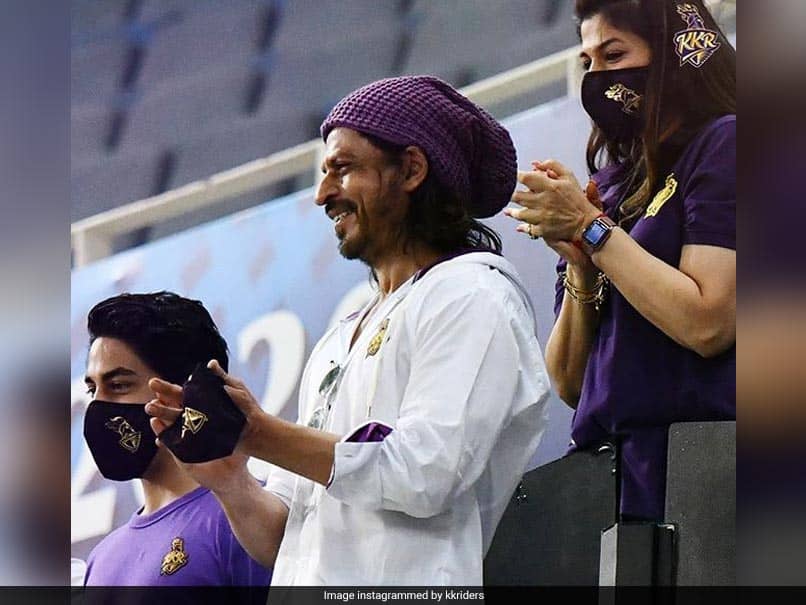 Kolkata Knight Riders  (KKR) bowlers managed to dry out the runs in the second half of Chennai Super Kings' (CSK) chase to register a 10-run win over last season's runners up in an Indian Premier League (IPL) match on Wednesday. Rahul Tripathi was the star for KKR as he played a crucial knock of 81 to help his side set up a 168-run target for CSK. For his heroics with the bat, Rahul Tripathi was adjudged player of the match. As the opener from Maharashtra approached to collect his award, Shah Rukh Khan, co-owner of the Kolkata-based franchise, shouted his iconic dialogue 'Rahul naam to suna hoga' from the stands as Rahul Tripathi burst into laughter.

In the match, KKR skipper Dinesh Karthik won the toss and opted to bat.

With a new opening combination of Rahul Tripathi and Shubman Gill, KKR got off to a good start.

The duo put on 37 runs before Shardul Thakur sent back Gill. Eoin Morgan, Andre Russell failed with the bat but late flourish from Pat Cummins and Dinesh Karthik made sure that KKR put a competitive total on the board.

Dwayne Bravo was the pick of the bowlers for CSK as he finished with figures of three for 37.

In reply, CSK lost the in-form Faf du Plessis in the fourth over but Ambati Rayudu and Shane Watson then put on 69 runs for the second wicket.

CSK, at one stage, were cruising in the chase at 90 for one after 10 overs but an over cautious approach in the middle saw the MS Dhoni-led side fell 10 runs short of the target and stumbled to their fourth defeat this season.

Chennai Super Kings Rahul Tripathi IPL 2020 Cricket Kolkata Knight Riders vs Chennai Super Kings, Match 21
Get the latest updates on India vs Australia Series, check out the India vs Australia Schedule for 2020-21 and Ind vs Aus live score . Like us on Facebook or follow us on Twitter for more sports updates. You can also download the NDTV Cricket app for Android or iOS.