IPL 2020 Final, MI vs DC: Rohit Sharma was involved in a huge mix-up in the middle that costed them a wicket of one of the their most consistent batsmen Suryakumar Yadav. 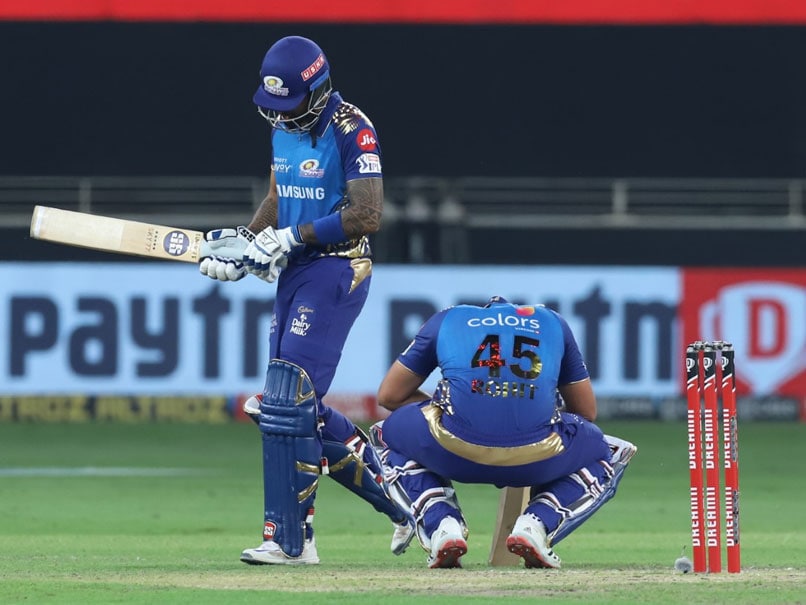 Mumbai Indians became the second franchise after Chennai Super Kings to win two back-to-back Indian Premier League titles as they defeated Delhi Capitals by five wickets in the IPL 2020 final in Dubai on Tuesday. Delighted with his side's record-extending win, Mumbai Indians skipper Rohit Sharma said they always wanted to make winning their habit and he couldn't have asked for more from his players. While Rohit played a match-winning knock, scoring a fluent 51-ball 68, he was involved in a huge mix-up in the middle that costed them a wicket of one of the most consistent batsmen Suryakumar Yadav. Rohit had played the ball straight to the fielder and decided to steal a quick single, despite Suryakumar's reluctance. Despite Rohit's poor judgement, Suryakumar Yadavsacrificed his wicket so that his skipper could continue batting on. When asked about the incident, Rohit complimented Suryakumar's unselfish gesture adding that the kind of form he was in Rohit himself should've sacrificed his wicket to keep him in the middle.

"Surya is a more matured player. The kind of form he was in, I should have sacrificed my wicket for Surya," Rohit said at the post-match presentation.

Despite losing Suryakumar cheaply, Mumbai Indians chased down the total with eight balls to spare to win their fifth IPL title.

When asked about the secret behind the team's success, IPL's most decorated leader said that preparations start much before the IPL begins and their support staff work relentlessly behind the scenes to put everything in place.

"I'm quite happy with how things went the whole season. We said at the start that we need the winning habit. We couldn't have asked for anything more, right on the money from ball 1 and we never looked back. I think a lot of credit goes to the people who worked behind the scenes -- often they go unnoticed. Our work started long before the IPL started, and we wanted to make sure we filled the gaps in previous seasons," said Rohit, praising the efforts of Mumbai Indians support staff.

Rohit has led Mumbai to five titles in last eight seasons and talking about his leadership skills, the 33-year-old opener said that his job is to find the right balance in the team and get the best out of players that he has.

Mumbai Indians went into the game with one change, leg-spinner Rahul Chahar making way for off-spinner Jayant Yadav and Rohit also reflected on the decision.

"I had to find the balance to get the best out of them. I'm not someone who can run behind them with a stick, and it's important to instil confidence in the players. Krunal, Hardik and Pollard have done their job for a long time, they know their roles. Rahul missed out today, and we need to make sure we put an arm around him and assure him that he didn't do anything wrong and that it was a tactical move," he explained.

The losing skipper Shreyas Iyersaid that despite the result not going their way, he was proud of the hard work his players put into reaching the final. He also praised head coach Ricky Ponting for giving him the freedom to do his job in the middle.

"Ricky, the amount of freedom he gives us is outstanding. The way he motivates players is simply amazing. His team meetings and motivational speeches it quite incredible. The IPL always amazes you, it's one of the toughest leagues to play. I'm overwhelmed to be part of it, and I'm really proud of my boys, the way they have played to reach the final, it's not easy," said Iyer.

"Winning the IPL would have been better, but we will see to it that we lift the trophy next year. I would like to thank our fans, and we're thankful for all the support that has been showered on us throughout the season," he concluded.

Rohit Sharma Suryakumar Yadav Shreyas Iyer Dubai International Cricket Stadium, Dubai IPL 2020 Cricket Mumbai Indians vs Delhi Capitals, Final
Get the latest updates on ICC T20 Worldcup 2022 and CWG 2022 check out the Schedule, Live Score and Medals Tally. Like us on Facebook or follow us on Twitter for more sports updates. You can also download the NDTV Cricket app for Android or iOS.