IPL 2020, DC vs SRH, Delhi Capitals vs SunRisers Hyderabad: Players To Watch Out For

IPL 2020, DC vs SRH: David Warner has the onerous task of taking on the likes of Kagiso Rabada and coming up with success. 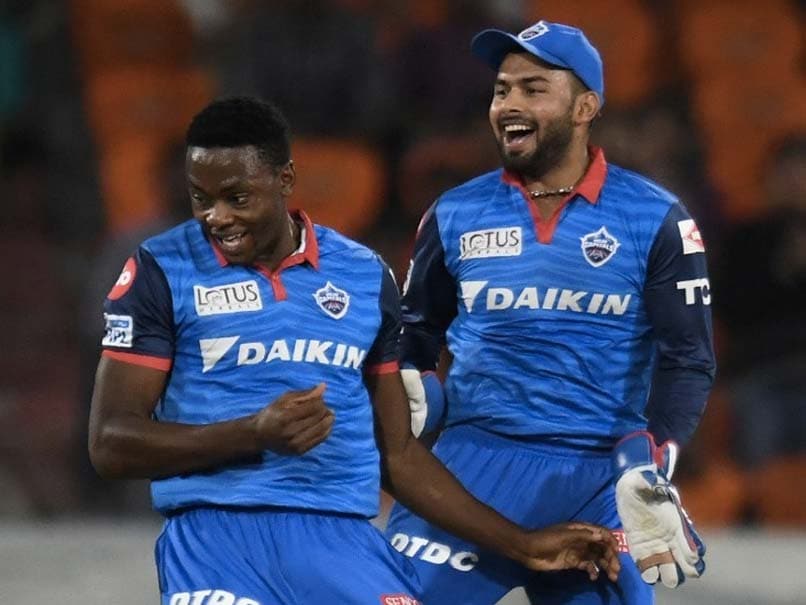 Table-toppers Delhi Capitals will be up against bottom side SunRisers Hyderabad at the Sheikh Zayed Stadium in Abu Dhabi on Tuesday. The two teams are on different ends of the spectrum with Delhi Capitals winning both their matches so far while SunRisers Hyderabad are the only team in IPL 2020 not to get a win yet. It's not like Delhi have been spectacular -- they got lucky against Kings XI Punjab and then beat an under-firing CSK team. SRH, however, have been completely off the boil so far with their big names yet to set the stage alight. The Delhi Capitals top-order came to the party against Chennai Super Kings and could have a field day against SRH's bowling that has failed to hit its stride so far.

Prithvi Shaw: The Delhi opener was in top form against Chennai Super Kings, scoring 64 off 43, hitting nine fours and a six. The youngster looked in fine touch, finding the boundary at will. Shaw will look to take advantage of SRH bowlers not being at their best and once again give his team a flying start.

Rishabh Pant: The wicketkeeper-batsman came into bat ahead of Shreyas Iyer against CSK, scoring 37 off 25 balls. Surprisingly, Pant's boundaries were all fours and it's rare that the left-hander fails to clear the fence. However, his strike rate was still good enough to get Delhi Capitals to a score of 175. He could come up against Rashid Khan in the middle overs, which will surely be a tough task.

Kagiso Rabada: The South African fast bowler has been absolutely sensational in the two matches so far. In the previous match, Rabada took three wickets for just 26 runs off his four overs. He is currently the second highest wicket-taker in IPL 2020 with a total of five wickets, two behind Mohammad Shami, who has played a match more.

David Warner: It's about time that the Australian got going this season. He was unlucky to be run out early in SRH's opening game and despite scoring 36 against KKR in the second match, he was far from his best. SRH need Warner to fire up top but he will have his task cut out against Rabada.

Manish Pandey: The stylish right-hander has looked the best of the lot in the SRH camp. He scored 34 against RCB and followed it with a fine 38-ball 51 against KKR. Pandey needs to score big, especially in a SRH middle-order that has looked underwhelming in Kane Richardson's absence.

Rashid Khan: After failing to impress against RCB, Rashid Khan picked his first wicket in IPL 2020 against KKR and was the standout bowler for his team in the match, giving away 25 runs off his four overs. Rashid will be up against some talented batsmen from the Delhi outfit and SRH will need their big-game player to fire if they are to get on board.

Manish Pandey Rashid Khan IPL 2020 Delhi Capitals vs Sunrisers Hyderabad, Match 11 Cricket
Get the latest updates on ICC T20 Worldcup 2022, check out the Schedule and Live Score. Like us on Facebook or follow us on Twitter for more sports updates. You can also download the NDTV Cricket app for Android or iOS.