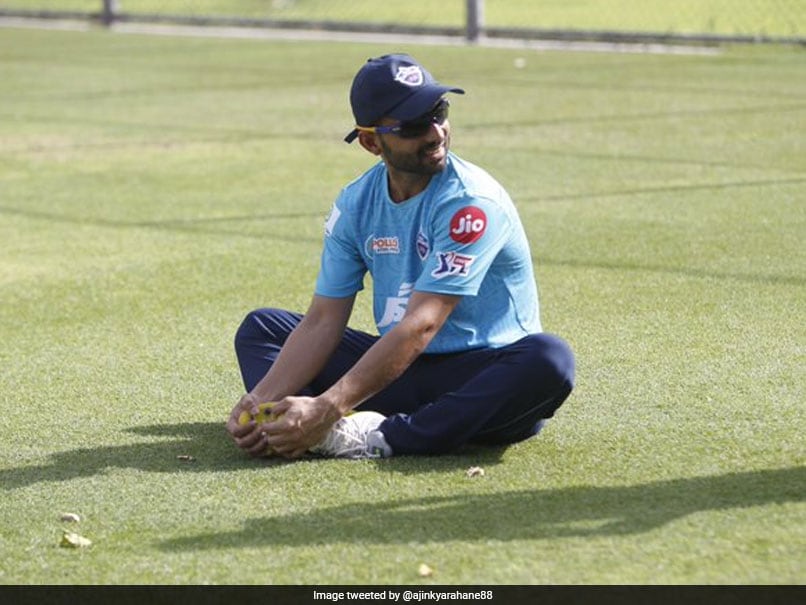 Delhi Capitals' assistant coach Mohammad Kaif on Thursday said that the team management would like to give all selected players a few games before tinkering with the lineup. His remark comes ahead of the upcoming match between Delhi Capitals and Chennai Super Kings on Friday, September 25. Delhi had opted for Prithvi Shaw and Shikhar Dhawan to open the batting in the first game. The side also has Ajinkya Rahane in their mix and it would be interesting to see as to when Rahane gets a game.

"Shaw and Shikhar played well for us last year, we all know what Dhawan can do and Shaw is a very promising player, having played the first game, we know the conditions, even though we did not play that well but I see improvement happening in the upcoming matches. Rahane is a fantastic player, but if we have selected a team then we would like to give players a couple of matches, and then we would see it from there," said Kaif while replying to an ANI query during a virtual press conference.

Spinner Ravichandran Ashwin had hurt his shoulder during the match against Kings XI Punjab on Sunday and he went off the field after bowling his first over. Kaif said that Ashwin's availability for the match against Chennai will be decided later.

"Plus point in this squad that we have a replacement ready, Ashwin will be going for practice today, we have not made a call on his availability if he is not fit to play tomorrow, Amit Mishra is there. We are monitoring both Ashwin and Ishant Sharma," said Kaif.

"Soft tissue injuries will take place a lot in this IPL as players are coming back after a long time, there are big grounds and there is a lot of running involved and you cannot match in training sessions," he added.

Pacer Ishant Sharma had also injured himself during a training session and providing an update on his fitness, Kaif said: "Ishant had gone to the ground yesterday, he had a good run, he did not bowl, he is under observation, our physio is keeping a close eye on him but about his playing a match, that's a call we will take later."

Delhi Capitals had won their opening match against Kings XI Punjab in a Super Over. In the match, Marcus Stoinis was the standout performer as he made 53 runs off just 21 balls to take the team's total to 157/8 in the allotted twenty overs. And, when Punjab needed just one run off the final two deliveries in the match, Stoinis was able to take two back-to-back wickets to take the game to a Super Over.

"Marcus has been playing for his country for a long time now, he is very experienced, we needed someone like him, he is a perfect match for our team to float around and do a job for our side," said Kaif.

When asked whether chasing targets will be a permanent decision by the captains after winning the toss, Kaif replied: "This year's IPL is different that's why the stats of past might not tell you the best story, you have to assess how the tournament is going, if its a big ground and if they are not able to chase targets, they might change their tactics. Dew factor is not that much right at this moment, players are coming back after a while so they might take some time in getting going."

"Lots of fast bowling at the moment, teams are giving fast bowlers a go in the first six overs to pick up wickets with the hardball. Then the spinners are coming into bowl, there has been something for the seamers on these wickets," he added.

Delhi Capitals IPL 2020 Cricket
Get the latest updates on SA vs IND 2021-22, check out the Schedule and Live Score . Like us on Facebook or follow us on Twitter for more sports updates. You can also download the NDTV Cricket app for Android or iOS.