IPL 2020, SRH vs MI: Kolkata Knight Riders' qualification chances for the playoffs depend on SunRisers Hyderabad's match against Mumbai Indians on Tuesday. 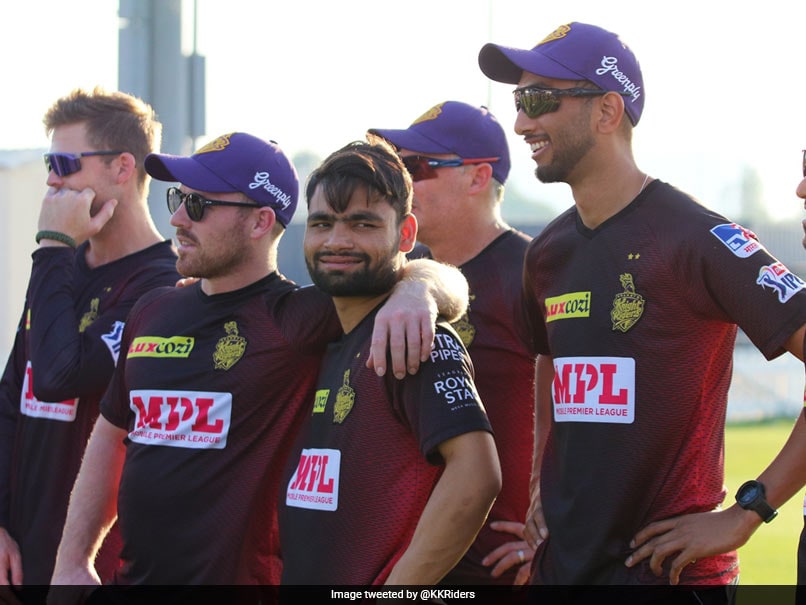 Kolkata Knight Riders (KKR) will be hoping for Mumbai Indians' (MI) victory in Tuesday's Indian Premier League (IPL) 2020 fixture. MI face SunRisers Hyderabad (SRH), who will be eyeing a win, so that they qualify for the playoffs. A defeat for SRH means qualification for KKR. SRH face MI at the Sharjah Cricket Stadium, in Sharjah. Hoping that Lady Luck chooses their side, Kolkata posted a photo on Twitter, which was captioned as, "Waiting for tonight's match like... #KKRHaiTaiyaar #Dream11IPL"

Cricketers like Rinku Singh and Shivam Mavi in the photo are portrayed to be impatiently waiting for the result between SRH and MI.

Royal Challengers Bangalore (RCB) and Delhi Capitals (DC) sealed their playoff berths on Monday in Match 55. Although DC won the fixture, both the teams made it through the league stage. Ajinkya Rahane and Shikhar Dhawan scored half centuries, meanwhile Anrich Nortje registered three wickets.

Delhi face Mumbai in their first playoff, who also already sealed their berth.

Mumbai Indians Shivam Mavi IPL 2020 Cricket Sunrisers Hyderabad vs Mumbai Indians, Match 56
Get the latest updates on Fifa Worldcup 2022 and check out  Fifa World Cup Schedule, Stats and Live Cricket Score. Like us on Facebook or follow us on Twitter for more sports updates. You can also download the NDTV Cricket app for Android or iOS.