IPL 2020, KKR vs RR: Andre Russell looked in great touch but got out soon after trying to hit each and every ball for a boundary. 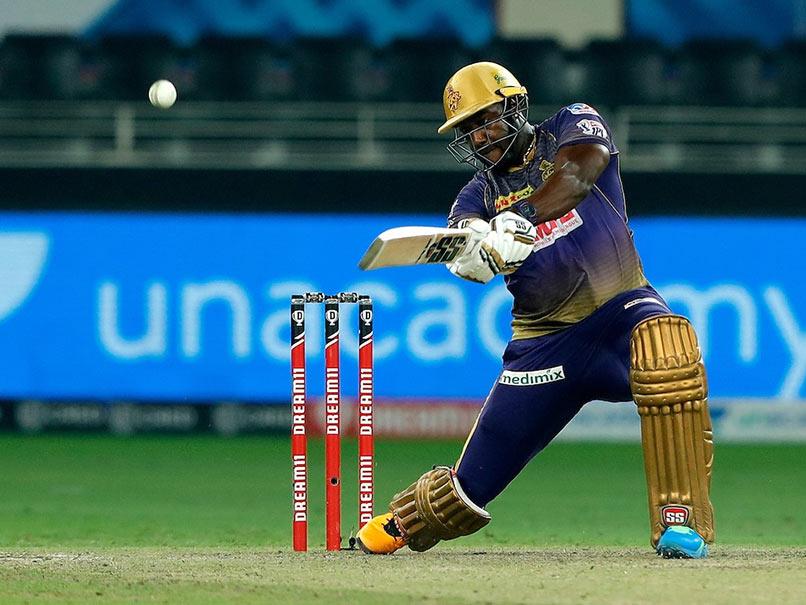 Kolkata Knight Riders (KKR) all-rounder Andre Russell was elated after returning from a "grade two, grade three" hamstring injury in 14 days to smash a much needed 25 runs off 11 balls against Rajasthan Royals on Sunday. The West Indies all-rounder had missed KKR's last four matches because of the injury, which he said should have kept him out for up to eight weeks but the physiotherapist and doctors helped him recover early. "It's a good feeling to be back on the field. It's been a tough two weeks doing rehab three times a day, was a bit painful. But, I'm happy that I'm back. It's a grade two hamstring tear which usually takes 8 weeks to heal," Russell told the host broadcasters Star Sports at the post-match presentation.

"The scan was very ugly. With KKR physio and doctors around me, it helped. I was bowling a few walks upon balls before the game tonight, and it felt good. When it (hamstring) is feeling good, that's when it's healing, and I don't want to disturb the healing process," he added.

"We have a good bowling (attack), so I can chip in with the yorkers at the backend, but for now I'm going to take one game at a time," said Russell.

The all-rounder looked in great touch but got out soon after trying to hit each and every ball for a boundary.

"As soon as I sweat and my blood's getting hot, I'm getting out. We were waiting for the cricket gods to work things out for us," he said.

With this win, KKR have moved to the fourth spot in the points table with 14 points from 14 matches. On the other hand, the Royals are now out from the playoff contention after losing the match against Kolkata.

"I watch each and every game. We play against each other, two games against the same team in a season. So, I watch on the phone what the bowlers do and the batters do," the all-rounder said.

Andre Russell IPL 2020 Cricket Kolkata Knight Riders vs Rajasthan Royals, Match 54
Get the latest updates on ICC T20 Worldcup 2022 and CWG 2022 check out the Schedule, Live Score and Medals Tally. Like us on Facebook or follow us on Twitter for more sports updates. You can also download the NDTV Cricket app for Android or iOS.