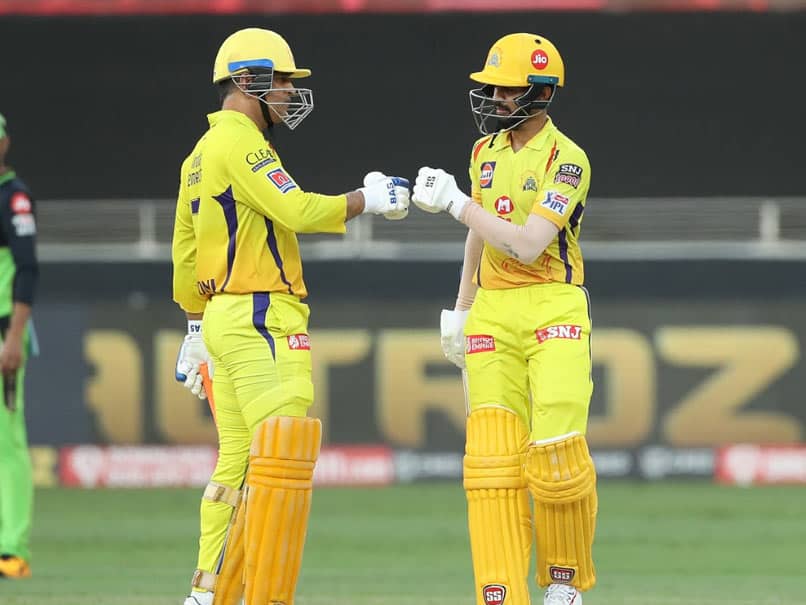 Chennai Super Kings (CSK) defeated Royal Challengers Bangalore (RCB) by eight wickets in Match 44 of the Indian Premier League (IPL) 2020, at the Dubai International Stadium, in Dubai. After the match, CSK captain MS Dhoni felt this was one of the "perfect games" for his team this season and he was "glad" with the way youngsters stepped up on the day. "I felt this one was one of the perfect games. Everything went to plan, and the execution was there. We kept picking wickets, and kept them to a total that was slightly below par. The wicket was on a slower side, and the spinners did a good job," said the wicketkeeper-batsman.

The former India captain also praised Ruturaj Gaikwad, who grabbed a maiden IPL half-century. Gaikwad scored 65 runs from 51 deliveries, at a strike rate of 127.45. "He backed himself to play the shots he is known for", quipped Dhoni.

Although CSK only have a minute mathematical chance of qualifying for the playoffs, Dhoni remained upbeat about his team.

"You have to enjoy the game no matter where you are on the table. If you are not enjoying the cricket, it can become cruel and painful. So I am glad with how the youngsters have responded," said Dhoni.

RCB initially won the toss and elected to bat. Virat Kohli notched a half-century to help his side post a target of 146 runs. CSK reached it with eight balls to spare.

Losing skipper Kohli hailed CSK's bowling department. "They bowled really well. We hardly got any drive balls from them", he said.

After 11 matches, RCB are third in the league table. Meanwhile, CSK are seventh in the 12-team table.

MS Dhoni Ruturaj Gaikwad IPL 2020 Cricket Royal Challengers Bangalore vs Chennai Super Kings, Match 44
Get the latest updates on India vs England Series, India vs England , live score and IPL 2021 Auction . Like us on Facebook or follow us on Twitter for more sports updates. You can also download the NDTV Cricket app for Android or iOS.