IPL 2020, KKR vs KXIP: Anil Kumble's Kings XI Punjab team have seen a resurgence in results after a poor start to the ongoing season. 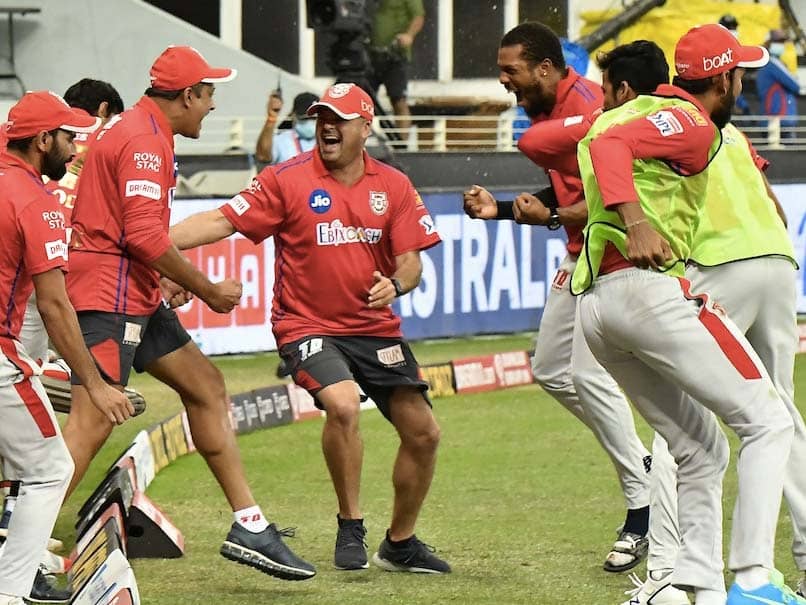 Kings XI Punjab (KXIP) have surely turned on the heat with consecutive wins in the 13th edition of the Indian Premier League (IPL) and former Indian cricketer Sunil Gavaskar feels that head coach Anil Kumble's fighting spirit has been the main reason behind the success of KL Rahul-led side. KXIP had a very unfortunate start in the showpiece event as their first game was tied which they eventually lost in the Super Over. The Rahul-led side came back strong in the next game but kept on choking afterwards. They lost a match which was almost in their hands against Kolkata knight Riders. With only one win in the last seven games, playoffs looked like an uphill task but KXIP turned the tide won four successive games.

"You know, they have just found the winning way! They seem to have lost that at the start of the tournament. Remember, every time they were close to winning and they went into the super over in their first-ever game and then again, after that they were losing in the final overs," said Gavaskar, on Star Sports show Cricket Live.

"Then, somewhere down the line, they found that key, that takes them to a win and the last few games, they have played exceptional cricket. The last match, to defend a 126 takes a lot of doing, takes a lot of self-belief and that's what they showed," he added.

Gavaskar praised Rahul for his leadership and said that he has grown into the captaincy role.

"They have been brilliantly led by KL Rahul. KL Rahul has grown into the captaincy role, and though he didn't score as many as he normally does, he made sure, with his field placing, with his bowling changes, even giving Chris Jordan that 19th over and then trusting Arshdeep to defend 14 in the final over is fantastic," said the former cricketer.

Gavaskar also cited an example of coach Kumble who had once bowled with a broken jaw and said that the side has engulfed Kumble's fighting spirit.

"Do not forget the role of Anil Kumble! Anil Kumble has been a fighter all his cricketing career, you could see when he went out with a broken jaw and bowled, and that spirit is seen in the KXIP," said Gavaskar

"That is the reason why they have come back from impossible situations and are now in the hunt for the place in the playoffs," he added.

KXIP now has 10 points and is placed at the fifth spot in the points table. They will next take on Kolkata Knight Riders (KKR) on Monday.

KL Rahul IPL 2020 Cricket Kolkata Knight Riders vs Kings XI Punjab, Match 46
Get the latest updates on IPL 2020, check out the IPL Schedule for 2020 and Indian Premier League (IPL) Cricket live score . Like us on Facebook or follow us on Twitter for more sports updates. You can also download the NDTV Cricket app for Android or iOS.