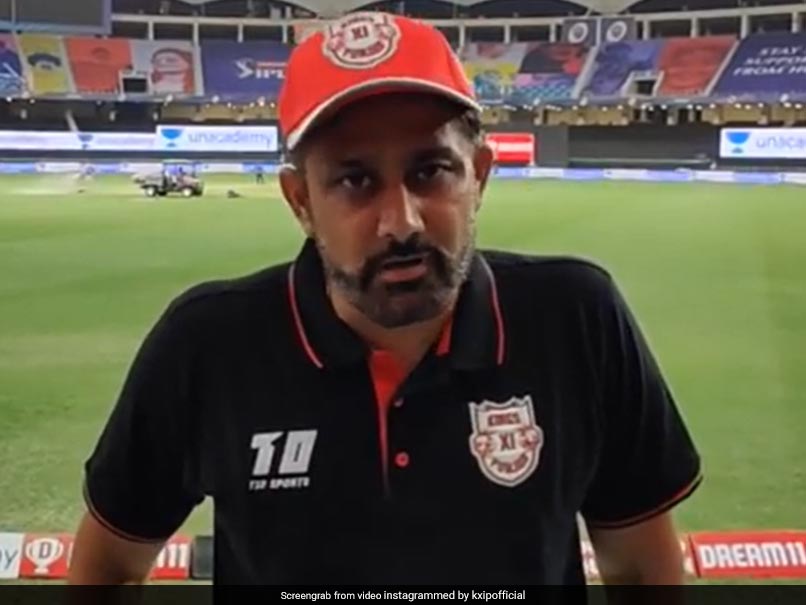 Kings XI Punjab (KXIP) registered their first win of this Indian Premier League (IPL) 2020 season when they coasted past Royal Challengers Bangalore (RCB), at the Dubai International Stadium. KXIP captain KL Rahul scored an unbeaten ton, helping his team register a 97-run victory. Other than his fantastic innings, KXIP's Ravi Bishnoi also performed admirably with the ball, notching three dismissals. KXIP head coach Anil Kumble was left impressed with their displays and had some special words for them. Speaking via the club's Instagram handle, the former India spinner said, "It's wonderful, I think it's really great of Rahul. A fantastic innings that set up the tone of the game. It looked as if he was batting on a different pitch, because it was not that easy to score runs off, but he made it look so easy."

Hailing Bishnoi, Kumble said, "Ravi Bishnoi has shown over the last couple of matches, the kind of control he has, the confidence he has, the composure that he has as a 19-year-old is great."

In their next match, KXIP face Rajasthan Royals (RR) on September 27.

Royal Challengers Bangalore IPL 2020 Cricket
Get the latest updates on Olympics 2020, Olympics 2020 Medal Tally, Live Cricket Score . Like us on Facebook or follow us on Twitter for more sports updates. You can also download the NDTV Cricket app for Android or iOS.