IPL 2020 Final, MI vs DC: Although Hardik Pandya hasn't bowled the entire tournament, he has been a crucial player for Mumbai Indians because of his power-hitting abilities. 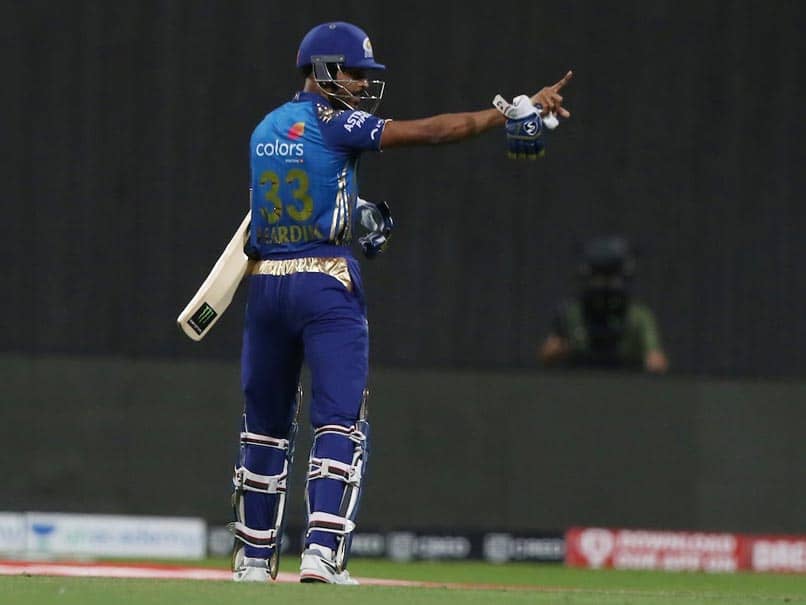 Mumbai Indians skipper Rohit Sharma said that Hardik Pandya has got "some niggle" and is not comfortable bowling which is why the player has not been utilised with the ball. Rohit also stressed that he does not want to put any kind of pressure on any player by giving him a role which he is not able to do. "We have had his assessment every three-four games and we have spoken to him about what he wants to do. He is not comfortable at the moment to bowl. We have left all that decision on him. If he feels comfortable, he will be happy to bowl. But at the moment, he is not feeling comfortable. He has got some niggle going. It would have been great to have him bowl," Rohit said during the pre-match press conference.

"... We do not want to put pressure on individuals where we are expecting something for them and he is not able to do it and the team morale goes down. We do not want that situation. Hardik to us is very important as a player and his batting has been really a key for us to make it to the final," he added.

Although Hardik did not bowl in the tournament, the all-rounder has been a very crucial player for the team because of his power-hitting abilities. Another MI player who has impressed a lot with the bat is Suryakumar Yadav.

Yadav has played many match-winning knocks for the team during the tournament. Praising Yadav for his performance, Rohit said the player has "taken his game to another level".

"Surya is someone who has taken his game to another level. We all have seen, we all have witnessed. One good thing about him that struck me was his tempo and maintaining that tempo when he comes to bat... He has done extremely well for us and I am really happy for him. He is here to make it big and we can see that happening," he said.

During the match against Delhi Capitals (DC) on November 5, Boult had walked off the ground during Delhi's innings due to a groin strain. The Kiwi pacer had bowled just two overs in the match.

Giving an update on Boult, Rohit said: "Trent looks pretty good, he is going to have a session today with all of us and we will see how it goes. Fingers crossed, hopefully, he plays."

MI will take on DC in the final of the IPL on Tuesday.

Rohit Sharma IPL 2020 Cricket Mumbai Indians vs Delhi Capitals, Final
Get the latest updates on India vs Australia Series, check out the India vs Australia Schedule for 2020-21 and Ind vs Aus live score . Like us on Facebook or follow us on Twitter for more sports updates. You can also download the NDTV Cricket app for Android or iOS.